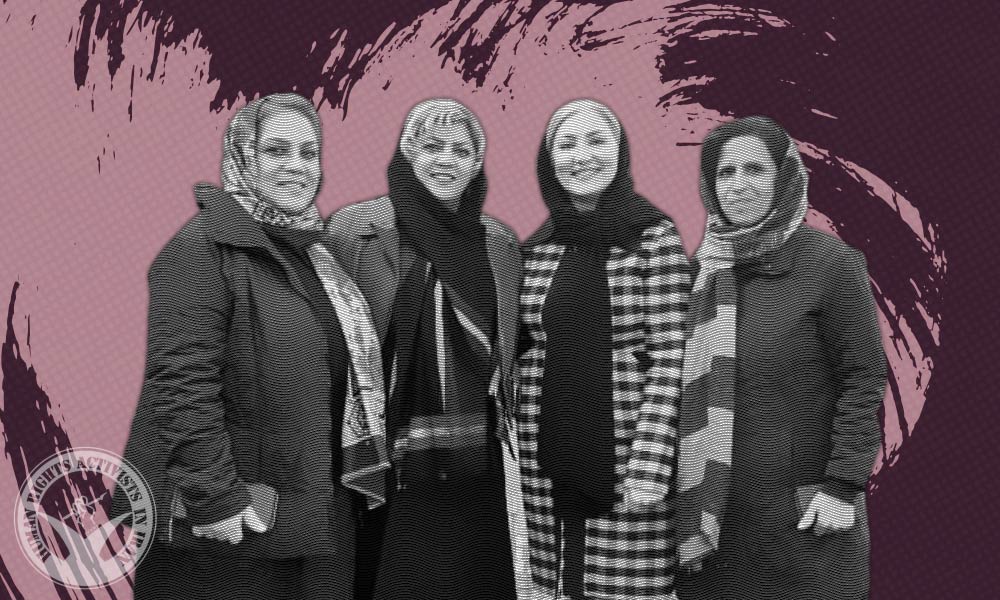 Four women’s rights activists, Nahid Shaghaghi, Akram Nasirian, Maryam Mohammadi and Asrin Darkaleh were summoned by the Judgement Enforcement Unit of Evin courthouse for sentencing. According to the summons letter, they have to appear at the court within 30 days.

According to HRANA, the news agency of Human Rights Activists, Four women’s rights activists, Akram Nasirian, Maryam Mohammadi and Asrin Darkaleh have been summoned for sentencing.

Subsequently, Branch 24 of the Revolutionary Court of Tehran, headed by Judge Iman Afshari, sentenced each of these activists to 3 years in prison on the charge of “assembly and collusion against national security”, 6 months on the charge of “propaganda against the regime” and 8 months on the charge of “removing Hijab in public”. Per Article 134 of the Islamic Penal Code, the severest punishment of three years sentence on the first count was enforceable for each.

The sentencing was later reduced on appeal to two years and three months each.