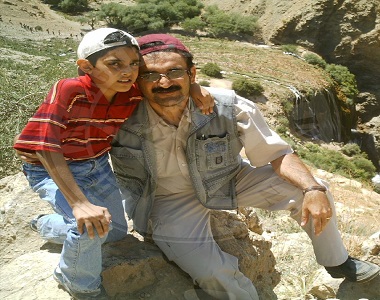 HRANA News Agency – Gholamreza Khosravi, the death row political prisoner has been transferred to the solitary confinement in order to be executed.
According to the report of Human Rights Activists News Agency (HRANA), Gholamreza Khosravi Savadjani who was recently transferred to Rajai Shahr Prison in Karaj has been transferred to the solitary confinements of this prison in order to be executed.
The authorities have asked him to inform his family to go to the prison for the last visit.
“The fact that he is granted a visit out of normal schedule proves that he is going to be executed. Even after some of the family members visited him, they were told to call the others to go to the prison as well.” Said one of Gholamreza Khosravi’s relatives
“He has been transferred to the solitary confinement since this morning.” He said
“Mr. Alavi, the intelligence officer has told him that he will be executed soon.” An informed source had told HRANA
Mr. Khosravi, a political prisoner of the eightieth, was arrested in Kerman, 2007, and was sentenced to 3 years imprisonment and 3 years suspended prison in charge of relation with MEK, but during serving this sentence, according to an unlawful process, his case again was activated and he is convicted to death penalty. This court verdict was verified by the Supreme Court.