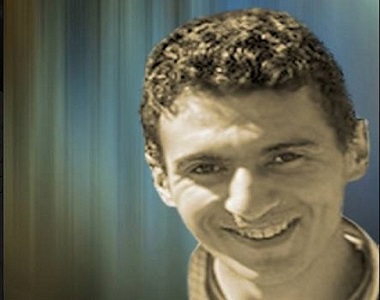 HRANA News Agency – Habibollah Golparipour, the political prisoner of Uremia prison who was transferred to solitary yesterday is executed.

According to the report of Human Rights Activists News Agency (HRANA), Habibollah Golparipour, the political prisoner and number of other prisoners who were charged with murder had been transferred to solitaries of Uremia prison on Friday morning 7 o’clock has been hanged last night.

The prison and judicial authorities had not told anything about the date of the execution to his family.

Habibollah Golparipour, the son of Naser, from Sanandaj, born in 1984 had been arrested on the way from Mahabad to Uremia by IRGC forces on September 27, 2009.

He had been arrested on charge of membership in PJAK and enmity against the God and was sentenced to death which was confirmed by the appeal court and the Supreme Court. Golparipour was under physical and mental torture in Mahabad, Uremia, Sanandaj and Semnan intelligence detention centers.

This execution is believed to be held as an answer to the new report of Mr. Ahmad Shaheed. This is because of the execution of Mehdi Ghasemzadeh, the Ahl-E-Hagh prisoner who was hanged after the report of the United Nations Human Rights Council about the religious minorities in 2008.

Naser Golparipour told to HRANA’s reporter: “They did not give Habib’s body to us. They don’t give any clear answer to us. I went to intelligence office and Uremia province office and talked with parliament members. I also went to verdict enforcement office, Uremia revolutionary court and Uremia prison but nobody answered me. The prison authorities have confirmed the execution but they do not give us the body.”

When we asked him about the reason of the execution he said: “He was executed just because of being a Kurd. What do you think about execution of a person who only carries some books? Where else do they hang people because of reading and writing books? Habibollah had never carried any weapons and he used to publish books.”

Habibollah Golparipour who was called Hawal Bahouz (Comrade Storm) by his friends was executed while he was singing the “Hawal” (comrade) song.

A prisoner of Uremia prison told to HRANA’s reporter: “He was executed at 12 o’clock last midnight. The authorities hanged him very calmly. The authorities used to lock all the doors of the wards and cut the telephone calls when they wanted to hang the prisoners who had drug-relating charges and each time the special guardians were stationed all over the prison but Habib was executed without any special security plan. They did not even cut the telephone calls. But the guardians were telling us until Friday evening that he has been exiled.”

“When the guardians came to take his properties they said he is going to be exiled. At 8 p.m. the telephones were cut and the wards were locked as usual. One of the guardians told us Habibollah is still in the quarantine. The representative of the prisoners asked to meet him but a judiciary authority told us that they have order not to allow any meetings with him. At 9 p.m. Ali Ahmad Soleiman, another prisoner, was transferred to the quarantine, too. He manages to talk with Hibobollah Golparipour until 11:30 p.m. Habibollah has told him that they were going to hang him the day before but it is just delayed with no reason. At 11:30 p.m. they took him to gallows and he was hanged in the presence of intelligence and judiciary authorities.” He said.

“There were two prisoners with drug-relating charges who had been transferred to solitaries, too which came back to the ward this morning. Habibollah has told to them: “Do not worry at all. I have been waiting for this moment for a long time.” A prisoner was telling that Habib was singing the song of “Comrades” while we were in the solitaries.” He mentioned.

7 thoughts on “Habibollah Golparipour, the political prisoner is executed”