A number of workers and retirees assembled in the Worker House in Tehran. In this gathering, the workers showed their protest against a plan laid out in parliament, whereby wages can be wholly determined by a consensus between employee and employer.

“This plan will increase rural-to-urban migration and hence affect negatively the ecology”, Hassan Sadeghi, one of the workers’ representatives, commented about the plan. “It reinforces informal employment and decreases demands in the market. In this plan, employers will be able to pay insurance contribution of just 10 days rather than 30 days.” 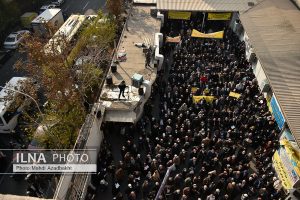 A group of workers of Abadan Petrochemical Complex assembled at company premises in front of the central factory building. They asked for the establishment of an Islamic Labor Council as a worker organization, pointing out that the government increases only the salary base in accordance with inflation each year, while other benefits remain the same. 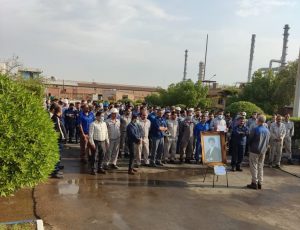 Personnel of the medical treatment department of Elam University of Medical Sciences assembled on campus in protest.

A number of workers in Yazd Province assembled at the Worker House in Yazd City. They asked that the disparity in wages be closed, and that labor codes and regulations regarding worker housing be implemented.

“Considering the 47% (annual) inflation, a 20 to 30% increase in wages is never enough. Therefore, we are planning to address this issue in a session with workers’ organizations as well as through Parliament,” the member of Parliament of this city, Mr. Jokar, commented. “Among other things, addressing the temporary contracts which undermine job security, productivity and motivations for labor force have to be prioritized.” 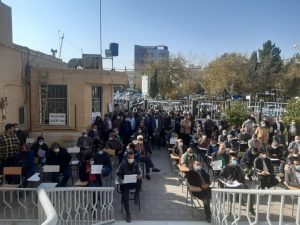 In Shahrekord City, hundreds of people assembled in front of the municipal building of this Province and then marched through the streets of Shahrekord in protest against water shortagesand water mismanagement.

Families of the victims of Ukrainian International Airlines flight 752, which was hit by two regime missiles on January 8, 2020, resulting in the death of the 176 people on board, assembled and demanded that the court-martial convene and hold low-ranking military officers responsible for the incident accountable. Carrying placards and pictures of the victims, protesters called for justice.

A group of the retirees of the Fulad Company’s pension fund protested in Isfahan and Khuzestan before the building of this fund. They asked for the fortification of their pensions to stand above the poverty line, the closing of disparities in pensions, and that the issues of supplementary insurance be addressed. 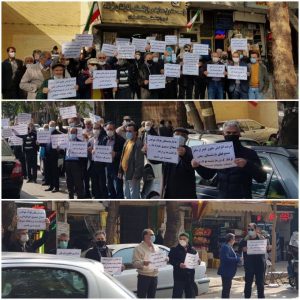 For several consecutive days, a group of workers of Abadan Petrochemical Complex assembled and protested at the premises of this complex. They demanded increased wages and that a workers’ organization be established. 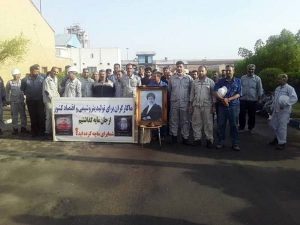 In Shahrekord City, for a second consecutive day, dozens of citizens marched to protest against water shortage and water mismanagement in the province.


Recently-dismissed workers of the Aq-Dareh gold mine assembled at their former workplace to protest mass layoffs. They have stated that, as seasonal workers, they can hardly earn their livelihood during the winter months.

In Sirjan City, a number of workers of the edible oil company FRICO demanded their several-months-delayed wages. 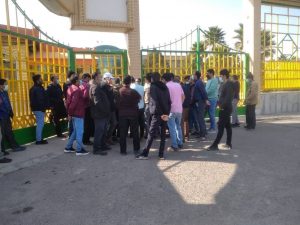 A group of workers of Asminon Mine assembled on the road connecting Manoojān to Bandar-Abbas to protest against not addressing their issues. Reportedly, this was their fourth day of the protest.

Workers of the vegetable oil factory Nina, located in the Sirjan industrial zone, assembled in front of the municipal building to ask for their wage demands and determine their job  conditions. One of the workers said that the employer’s neglect towards workers’ demands has weakened their work motivation. He also mentioned that it is about three months that the factory is temporarily closed due to the lack of raw materials.

Hundreds of people in two squares of Shahrekord City, in Chaharmahal and Bakhtiari Province, assembled and marched to protest against water shortages, ineffective water management policies and poor resource mismanagement. They demanded, in particular, shutting down a water transfer project which extracts water from the Province through two canals, exacerbating the current water shortage. Reportedly, currently, 96.1% of Chaharmahal and Bakhtiari Province is facing drought.

In Isfahan, for several consecutive days, the farmers assembled in the dried up stretches of the river Zayandeh-rud. They demanded their water portion and the revival of this river.

Several patients with the blood disorder Thalassemia assembled in front of the headquarter of Zahedan University of Medical Sciences. According to these protestors,  the worsening quality of its medicines has endangered the health of patients. They asked for the removal of all poor-quality medicines from the market.

A number of the victims of the financial fraud of the “King Money” cryptocurrency network assembled in front of the building of the Baadraan Universal Trading company.

The seasonal workers of Haft-Tappeh sugarcane company assembled in Shush city in front of the office of Parliament member Kaab Amir. They asked that their employment contract issues be addressed. 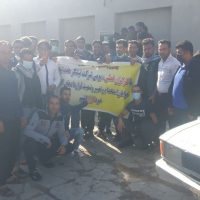 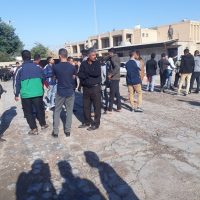 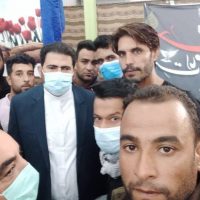 A number of citizens assembled in front of the office of the Cleric Ayatollah Nouri Hamedani in Qom City to protest against the family law–particularly mehrieh (money or possessions paid by the groom). Many men, who are not able to afford to pay this money in the divorce, are convicted and even jailed.

For a second consecutive day, seasonal workers of Haft-Tappeh Sugarcane company assembled in Shush City in front of the office of Parliament member Kaab Amir. 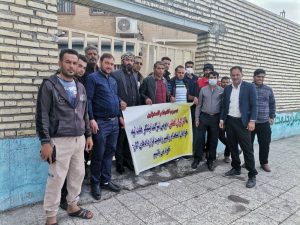 The workers of the Iran-Khodro Company in Tabriz went on a strike and assembled at their workplace. They demanded closing the disparity in wages and implementing the Job Classification Act.