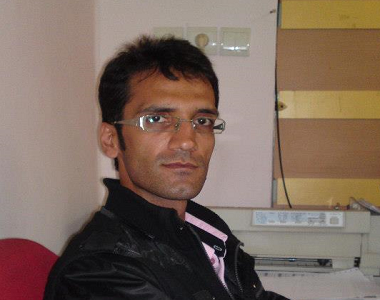 HRANA News Agency – A large number of civil activists and citizens signed a petition, addressed to the head of Judiciary of Iran, calling for the Seyed Mehdi Khodaei’s freedom. The undersigned have emphasized the need for new Islamic law enforcement, on the bases of which a large number of current prisoners should be released.
According to the report of Human Rights Activists News Agency in Iran (HRANA), a group of human rights activists and citizens on the occasion of the fifth anniversary of the arrest of Mr. Khodaei, by signing a letter has demanded the unconditional freedom of this civil activist. The signatories of the letter have appreciated Mr. Khodaei’s peaceful activities to promote the human rights and democracy in Iran and expressed their regret and sadness because of intimidation and torture implemented on this human rights defender to get fake confessions regardless of his sustainability.
In a part of this letter it is written: “Seyed Mehdi Khodaei, human rights activist is spending the fifth year of his imprisonment. Mr Khodaei is one of the few imprisoned people of the massive arrests of human rights defenders in protests after the tenth presidential election. He is still in prison despite being protected by Human rights treaties, including him, as a human rights defender.”
After approval of the Penal Code which is based on “Vote’s Aggregation”, it is the time that Mehdi Khodaei will be released from prison, but relevant organizations refused to execute the current laws and indeed they have delayed his freedom.
The undersigned, who are more than 268 people, have demanded the president of  Judiciary to abide the provisions of the document “Declaration on the Right and Responsibility of Individuals, Groups and Organs of Society to Promote and Protect Universally Recognized Human Rights and Fundamental Freedoms” in relation to the safety of human rights defenders, and by implementing new Penal Code adopted in 2013, and providing the needed condition for the freedom for Mr. Khodaei and other human rights defenders, who were arrested on 2nd March 2009.