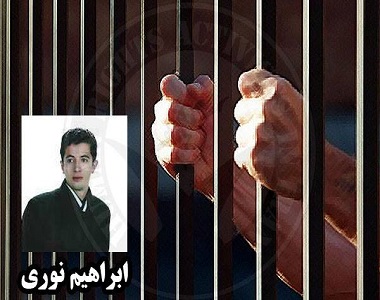 HRANA News Agency – Ibrahim Noori was released on the bail from Ahar prison and ended his hunger strike. This imprisoned activist was on hunger strike since July 28. Babak Hossaini, is another prisoner who was released as well.
According to the report of Human Rights Activists News Agency (HRANA), Ibrahim Noori, Turk (Azeri) activist was released from Ahar prison on the bail on August 9 and after 11 days of hunger strike in protest to condition of his lawsuit case.
Ibrahim Noori, started his hunger strike on July 27, in protest to “his baseless arrest” on charge of “collusion against the national security”.
Need to be mentioned, Ibrahim Noori was summoned to the court branch number two of Ahar, and arrested by prosecutor’s order, Mr. Fazeli after he went there.
As a reminder, on Friday July 9, some of the residents in Tabriz and Ahar carried some placards showing solidarity with Uyghur Muslims, and for the same reason this activist was arrested by police for several times.
Ibrahim Noori, student of English Translation was previously arrested for his civil rights activities. First time he was arrested and interrogated by the IRGC when he was in high school, in 2005. In 2009 he was arrested and charged with propaganda against the regime and sentenced to 10 months conditional sentence. Again he was arrested by security forces on July 17, 2013, and released on the bail of 100 million IRRs on January 21, from Ahar prison.
At the same time Oyan News reported that Babak Hossaini had been released on the bail.
Babak Hossaini who was recently arrested for his activities in social media, was released on Sunday, August 7, on the bail of 1200 million IRRs, from Tabriz prison.
The allegation of this activist is announced as “collusion and propaganda against the regime”.