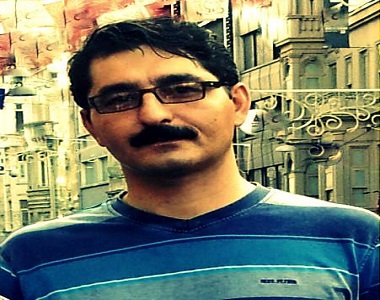 According to the report of Human Rights Activists News Agency (HRANA), Shahram Radmehr, the political prisoner of central prisoner of Tabriz, is suffering from stomach ache, kidney disease and pain in knees.

A close source to him who wanted to remain unknown, said to HRANA’s reporter, “his family are trying to have him examined outside prison and book for an MRI on next week. Last week, he was sent two times for a visit of professional physician outside of prison. Despite the fact that he is stumbling due to his disease and pain, prison authorities insisted on having shackles.”

Shahram Radmehr, Mahmood Fazli, Ayat(yurush) Mehr Ali Baigloo, Latif Hasani and Behbood Gholizadeh were charged with propaganda against the government and in branch number three of Tabriz revolutionary court and sentenced to 9 years in prison.

This sentence was confirmed in branch number 6 of appeal court of East-Azerbaijan province, by chief judge Imani.

Shahram Radmehr is kept in ward 12 of central prison of Tabriz.