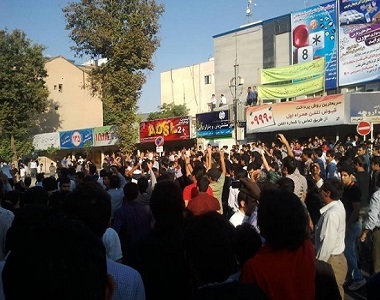 According to the report of Human Rights Activists News Agency (HRANA), these people held a rally in Abresani square, Tabriz, related to shriveling of the Uremia Lake and against authorities’ not implementing their promises, which was faced with the involvement of the security forces.

Following this gathering, Intelligence agents and Special Forces attacked the protesters proceeded to beat them and arrested some of the protesters.

According to the eyewitnesses, at least 20 people were arrested and taken to the Morality Security Police detention located in Saeb Street, Tabriz.

The names of some arrested people are as follow: