HRANA News Agency – At least 30 political prisoners in Ward 10 in Rajai Shahr prison in Karaj, still continue to protest by refusing to accept the prison’s food. In protest against the unlawful deprivations and restrictions imposed on them, they demand the delivery of their lost and stolen personal stuff and equipment from the prison authorities. The Equipment of 35 rooms in prison is worth 3,85 billion IRR.
According to the report of Human Rights Activists News Agency in Iran (HRANA), 21 days after the beginning of the protest of political prisoners in Rajai Shahr prison in Karaj, by refusing to accept the prison’s food, and in spite of the prosecutor’s office’s promise to improve the situation, there has been no changes in the conditions of this place. END_OF_DOCUMENT_TOKEN_TO_BE_REPLACED

HRANA News Agency – Abbas Lesani, Turk (Azeri) activist who has been exiled to Adel-Abad prison in Shiraz, started a hunger strike in protest to preventing him from being released and fabricating a new case for him. At the same time, 11 other political prisoners started hunger strike in solidarity with him.
According to the report of Human Rights Activists News Agency (HRANA), Abbas Lesani, Turk (Azeri) activist, who is being kept in Adel Abad prison of Shiraz in exile, was supposed to be released on May 18, but it was prevented due to a new case that has been opened for him. He has started a hunger strike in response. END_OF_DOCUMENT_TOKEN_TO_BE_REPLACED 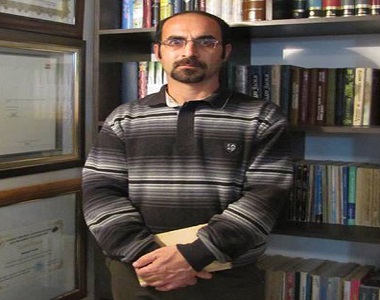 HRANA News Agency – Ayat Mehrali Baiglou has submitted his conditional release request to the judiciary and it is under process.
According to the report of Human Rights Activists News Agency (HRANA), Ayat Mehrali Baiglou, civil rights activist and prisoner of Tabriz prison has submitted a request for conditional release, and reports say that it is under process. END_OF_DOCUMENT_TOKEN_TO_BE_REPLACED

HRANA News Agency – Ayat Mehralibeyglo, Azerbaijani Civic activist and a member of Yeni Gamoh Organization, was given leave for 5 days.
According to the report of Human Rights Activists News Agency (HRANA), Ayat Mehralibeyglo, political prisoner at Julfa prison who is sentenced to nine years in prison, was given leave for a period of 5 days on Monday 18th August. END_OF_DOCUMENT_TOKEN_TO_BE_REPLACED

HRANA News Agency – Latif Hasani, the political prisoner of Rajai Shahr prison of Karaj transferred to ward 4 in hall number 12, which is dedicated to political prisoners.
According to the report of Human Rights Activists News Agency (HRANA), Latif Hasani who had recently ended his hunger strike has been transferred from ward number 1 in hall 2 to ward 4 in hall 12. END_OF_DOCUMENT_TOKEN_TO_BE_REPLACED