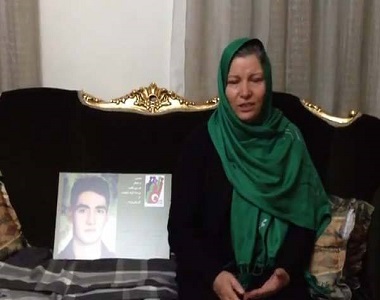 HRANA News Agency – Saeid Zeinali’s mother has announced that she is going to start a sit-in in front of Supreme Leader’s domicile or the Assembly of Experts, insisting to pursue the complaint against the leadership until the final result.

According to the report of Human Rights Activists News Agency in Iran (HRANA), family of Saeid Zeinali, Iranian citizen who was arrested and disappeared a few days after the attack on the University campus in 1999, has recently made a complaint against the leadership to the Assembly of Experts.

Said Zainali, graduate of Tehran University in computer, was arrested on 14th July 1999 at home and since then, there is no news about him except a short phone call. This family’s repeated visits of various institutions have had no results yet.

According to HRANA, Saeid Zainali’s family has been summoned and arrested several times so far for pursuing their child’s fate, including his sister’s arrest in 2010. His brother has been repeatedly summoned and interrogated, too.