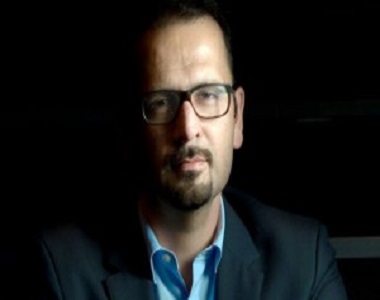 On the tenth anniversary of “Human rights Activists in Iran, (HRAI)”, while emphasizing on “discrimination exists in every social strata in a country like Iran”, Mr. Amiry-Moghadam told Peace Line Monthly: “without any discrimination HRAI reports on all violations of human rights despite who the victims are, and which political party, faith, believe and gender they belong to; in fact any given group from Iranian society would be able to find reports regarding themselves on HRANA”.

MR. Amiry-Moghadam states: “Having a coherent organization and not representing a specific ideology and political wing” is of the most important reasons for the permanence and continuity of HRAI’s activism.

How would you describe HRAI and if it is possible to highlight one positive feature of this organization, what would that be in your opinion?

Between all Iranian groups and organizations HRAI produces the most reports and news on human rights violations in Iran. This reporting is a great help in raising awareness and also a great help to those who follow on these issues. Even though I mostly follow HRAI for their news, but I know they are active in other ways as well.

Another positive point would be the fact that without any discrimination HRAI reports on all violations of human rights despite who the victims are, and which political party, faith, believe and gender they belong to. In fact any given group from Iranian society would be able to find reports regarding themselves on HRANA. Considering a country like Iran where discrimination exists in every social strata, this kind of approach is very precious. Although such a discrimination indeed exists more than anywhere else within the government’s system, yet it also exists and is visible within the society and in a different form even within the civil society, and it can even be seen in reporting the news. In my opinion, not discriminating is one of the most important features of HRAI.

What do you think could be the difference that leads to a perpetual existence of a human rights organization and its continued activism? In this regard, what difference could you mention specifically about HRAI?

I think that generally the civil society of Iran as an organized form (within and outside of Iran) is relatively a new concept. HRAI is one of the groups that has a lot of resources within Iran and also has continued its activism outside of Iran, and indeed it’s one of the first organizations in this field. I can guess that, the reason is having a coherent organization and not representing a specific ideology and political wing.

One of the main reasons that organizations can’t last in Iran, is most likely the differences. I must say, although the human rights is the concern of most people who start in this field, yet personal issues often lead to decreased activism or even short life of organizations. This is while if organization’s performance is made based on ideal human rights, it could attract more people and even if the current members choose to do something else in the future, new people could join and fill their places. The feature of an organization that can last, is that its existence does not only depend on one or a few people, but rather on new people who could be able to join them.

As I have mentioned before, considering that our civil society is young, ten years of activism is a long time for a highly active organization that has been oppressed in Iran; and it should be congratulated.

I will say “well done”. All those who work to defend human rights will face difficulties at times, they will be criticized and oppressed, but continue your path as you have continued thus far, and because what you do is really precious and there is a great demand for it, and we all will benefit from it. The activism of HRAI and other human rights organizations is indeed mostly important to those who are victims of human rights violations, yet they are of great importance to all those who are concerned about human rights.

Thank you for sharing your time with Peace Line Monthly.