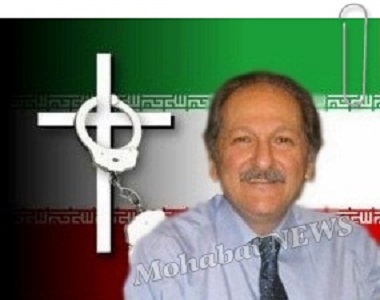 HRANA News Agency – Priest Verveer Avanessian, the official priest of Iranian Churches who is severely ill and requires intensive medical care is sentenced to three and  half years in prison.

According to Mohabat News quoted from Radio Zamaneh, Iranian judiciary has announced the prison sentence of Verveer Avanessian, on Thursday December 5.

The court announced his charges as propaganda and collusion against Islamic Republic of Iran and action against national security.

He has been given a 20 days deadline to appeal the sentence from the court.

The Verveer Avanessian’s trial was held on September 7, on a closed form and behind the doors.

Court coveted him to avoid any contact with other Christians before announcement of the sentence.

Verveer Avanessian was arrested in a Christmas gathering, with a group of new-Christians on December 27, 2012.

Verveer Avanessian have been working as priest, for more than 17 years on Armenian and Iranian churches, and currently due to some physical boredom, kidneys and severe heart failure, diabetes and multiple surgeries, has retired himself from the church servant.