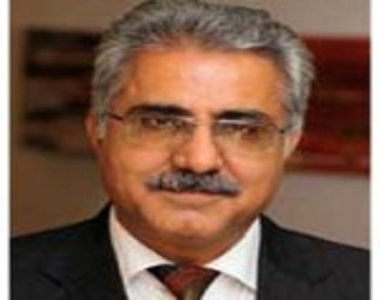 HRANA News Agency – Thirteen months after the execution-style killing of Mr. Ataollah Rezvani, a well-known member of the Bahai community in Bandar Abbas (on August 24, 2013), the judicial authorities are pressing the Rezvani family to accept the ending of the investigation.

According to the report of Human Rights Activists News Agency (HRANA), On October 14, the Rezvani family and the lawyer handling this case were summoned to a Revolutionary Court in Bandar Abbas where Judge Emani, the investigating magistrate, told them that thus far no clues had been found regarding the circumstances of Mr. Rezvani’s murder, so the investigation could go no further.

The Rezvani family did not accept this proposal, and insisted that the murder should be investigated. The investigating magistrate responded that, if they had evidence that Mr. Rezvani was killed by one or more persons, they should make a complaint. Otherwise, he would not be able to pursue the matter.

He also referred to one ‘Karim,’ the last person known to have seen Mr. Rezvani alive. Karim was an Afghan labourer who worked at the home of a Bahai family who were out of the country, and Mr. Rezvani used to check on their house in Bandar Abbas occasionally. On the night of the murder, he had gone there and had given a ride to Karim in his car.

“Karim” had not been heard of for the past eleven months, but Judge Emani said that he had been intercepted by Iranian border guards while trying to get to Syria [Iran and Syria do not have a border ~ Sen] and had been sent to Afghanistan.

The following day, October 15, the family received a letter from the Court asking that Koroush Rezvani, the son of the murdered man who is registered as the “complainant” in this case, should provide any evidence regarding the murder of Mr. Ataollah Rezvani to the court, within one week.