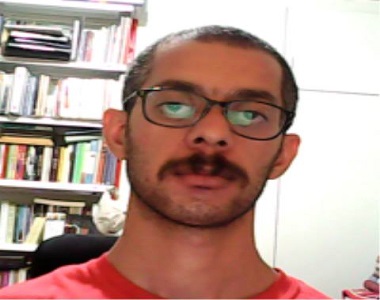 HRANA News Agency – Kaveh Darolshafa informed about his allegations in branch number 6 of Shahid Moghadas court, located in Evin prison. Three allegations were assigned to this political activist regarding black Thursday.
According to the report of Human Rights Activists News Agency (HRANA), Kaveh Darolshafa, the leftist activist, who was in custody for some time following the protests of political prisoners’ families to the incidents of ward 350 of Evin prison, on Thursday, April 17, has been summoned to branch number 6 of Shahid Moghadas court, in Evin prison and faced allegations of spreading communist ideology, disturbing public order and having alcoholic drinks. He has been released on bail.
The political activist has served 2 out of 5 years of his sentence in jail in ward 350 0f Evin prison.