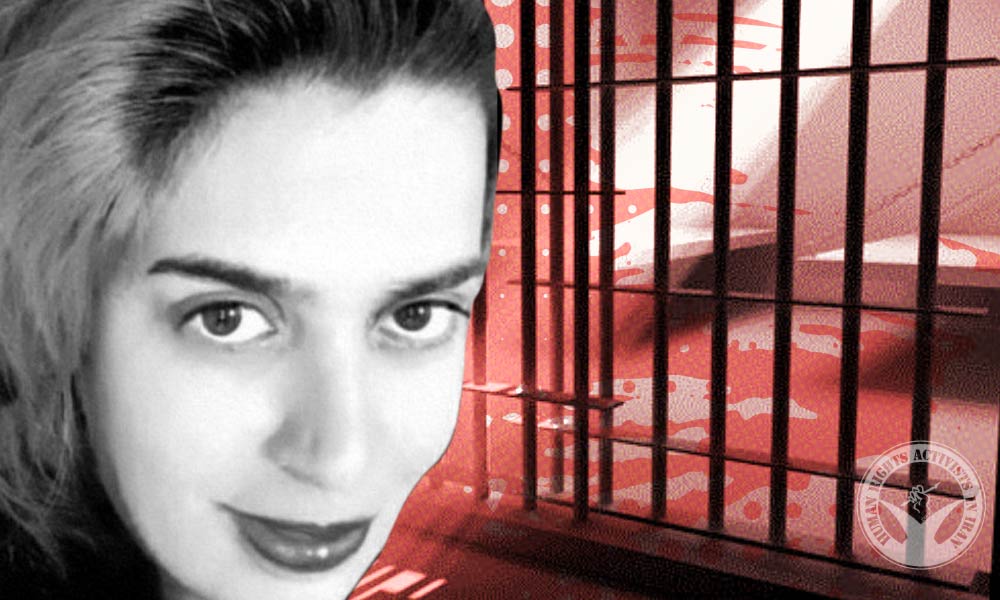 According to HRANA, the news agency of Human Rights Activists, Mehdipour was beaten by her three fellow inmates.

According to an informed source, the beating was instigated by the head of the prison. Mehdipour has been hurt in her eyes.

Confirming this news, Public Relations of the Ilam Prison Organization in an announcement claimed that after watching a documentary about Qasem Soleimani and the marching following his death, Mehdipour uttered offensive statements against Soleimani, leading to a quarrel with one of her fellow inmates.

He claimed further that this quarrel occurred without any instigation from prison officials and no one got hurt seriously.

Mehdipour is currently serving her 20 month sentence in Ilam Prison.

On October 10, 2021, the IRGC’s intelligence agents arrested her at her uncle’s house and transferred her to Ilam Prison after two days of interrogation.

Finally, she was sentenced to 20 months in prison on charges of “propaganda against the regime” and “offensive statements against the supreme leader of Iran”. She was acquitted of the charge of “advocating for anti-regime groups”.

She had earlier faced other arrests and convictions. On October 3, 2020, the security forces arrested her in Ilam City and thereafter she was fined 3 million tomans in exchange for imprisonment.