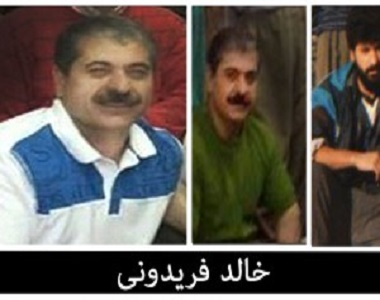 HRANA News Agency – After more than 15 years of continuous imprisonment of Khaled Fereydooni and despite the legal possibility of use of parole and furlough, he is still being held in Rajai Shahr prison.
According to the report of Human Rights Activists News Agency (HRANA), Khaled Fereydooni has the parole conditions according to enduring more than 15 years in prison. According to the Penal Code, prisoners, sentenced to life imprisonment after serving 12 years of imprisonment can apply for parole.
This political prisoner was arrested in August 2000 on charges of acting against national security and waging war on God through communication with the Democratic Party of Kurdistan and was sentenced to execution in Mahabad revolutionary court. His sentence was reduced to life imprisonment with a degree of discount in appeal court after three and a half years living under the shadow of the execution.
Khaled Fereydooni with Omar Faghihpour, the other Kurdish political activist was arrested. He had been held in Piranshahr, Mahabad and Urumiyeh prisons and then was transferred to Rajai Shahr prison.