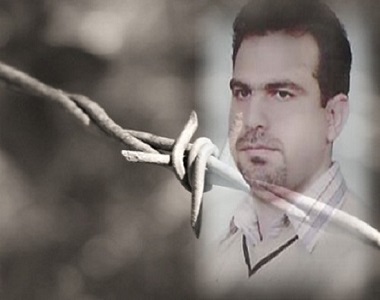 HRANA News Agency – Khaled Hardani, the political prisoner of hall 12 of Rajai Shahr prison, has been transferred to an unknown location.
According to the report of Human Rights Activists News Agency (HRANA), Khaled Hardani, the political prisoner of ward 4-hall 12 of Rajai Shahr prison, who has spent more than 13 years in prison, was transferred to an unknown location, on October 29.
One of the prisoners of hall 12 told to HRANA: “Khaled Hardani has summoned and transferred to solitary confinement of Sepah ward (revolutionary guard ward-running by intelligence service), on Sunday”.
He also added: “Before being transferred, Khaled Hardani has stated among his cellmates, that if he did not come back to ward within 24 hours, he will go on hunger strike”.
He ended with pointing out that: “few weeks earlier, intelligence forces have been threatened Khaled Hardani, Shahrokh Zamani, Saleh Kohandel, Saeid Masouri, and Farzad Madadzadeh, and stated, if they do not stop their political activities, they would confront with death penalty; we are concerned about this transfer, as it could be a sign of fabricating new allegation”.
Khaled Hardani who has not had any furlough during last 13 years, is charged with hijacking a plain, between Bandar Abbas and Ahvaz.
This incident, which later became the subject of a film for a famous director (Ebrahim Hatamikia), according to released confession, was because of poor living condition and poverty.
Khaled Hordani, align with two others of his relatives, Shahram Pour Mansouri and Farhang Pour Mansouri has sentenced to death, but this sentence reduced to life prison. Rasoul Hordani, another defender of this case, had sentenced to life prison.
Need to be mentioned, Shahram Pourmansouri, Farhang Pourmansouri and Rasoul Hordani were under 18, at the time of arrest.

0 thoughts on “Khaled Hardani is transferred to an unkown location”