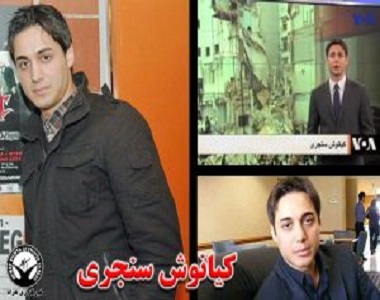 HRANA News Agency – Kianoosh Sajari, blogger and human rights activist who was living in US, has been arrested few weeks after returning to Iran in October. He is still in limbo and in an undecided condition under the arrest of security forces.

According to the report of Human Rights Activists News Agency (HRANA), Kianoosh Sanjari, blogger and human rights activist who was residing in US has been arrested in October for unknown reasons.

Few weeks after his return to Iran, security forces summoned and then arrested him. Despite passing more than 2 months from his arrest and given promises regarding facilitation of his temporary release, his condition is not changed and he is detained in the intelligent service detention centre.

Family and people close to him, decided to remain silent about his condition.

Need to be mentioned that Kianoosh Sanjari (bon in 1982 in Tehran) is civil rights activist, and blogger, who resided in US. He has multiple arrests on his record.

Mr. Sanjari was arrested for the first time, during the students’ rally in protest to Salam Newspaper shut down, when he was 17 years old.

This civil rights activist was arrested during the clashes between security forces and followers of Ayatollah Kazemeini Broujerdi, on October 8, 2006, too.