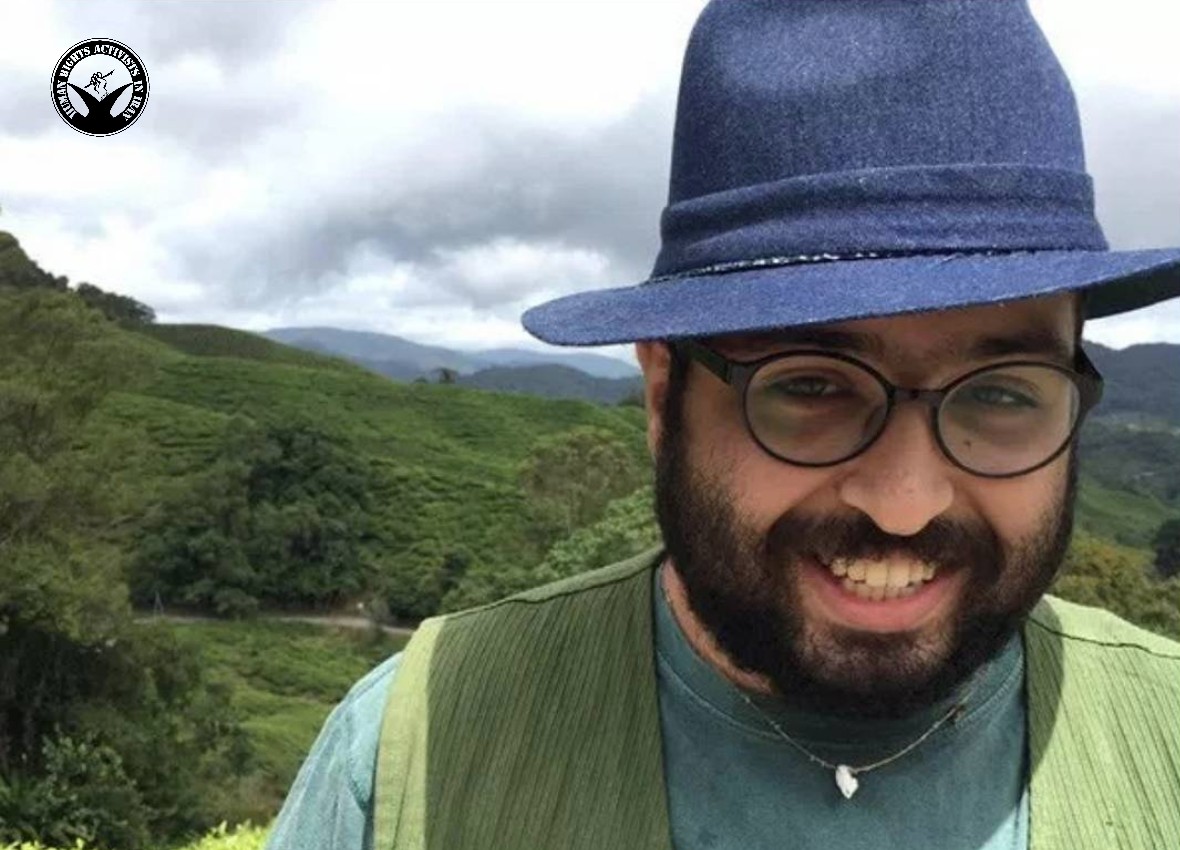 On August 24, 2019, Kiumars Marzban, a detained 26-year-old writer and satirist, was sentenced to 23 years and nine months in prison by the Revolutionary Court in Tehran. Based on the Article 134 of Iran’s Islamic Penal Code, the charge with the highest penalty will be considered; this means that Kiumars Marzban should serve 11 years in prison.

Kiumars Marzban began his career making short films. He directed eight short film between 2005-2009. He left Iran in 2010 and while living in Malaysia, he hosted a comedy podcast called “Sangtab Radio”. He published few books such as short stories titled “kham bodam, pokhteh shodam, balk eh pasandideh shodam” (I was Raw, I Became Ripe and Pleasant) and “aziz jan” (My Dear).

Kioomars Marzban returned to Iran in 2017. On August 26, 2018, Islamic Revolutionary Guards Corps officers raided Marzban’s residence, arrested him, and confiscated his several personal items included laptop and cellphone. He is a prisoner at Evin Prison for a year now. His trial was scheduled for March 3, 2020 but it was held in late July 2019 at the Branch 15 of the Revolutionary Court. He was sentenced to 11 years imprisonment for “cooperating with a hostile state”, seven years and six months in prison for blasphemy, a year and half imprisonment for “propaganda against the state”, three years in prison for “insulting the Supreme Leader and the Founder of the Revolution”, and nine months imprisonment for “insulting authorities”.

HRANA reached out to his lawyer, Mohammad Hossein Aghasi, and he confirmed the news and that the sentence for 11 years imprisonment for “cooperating with a hostile state” will be implemented. He said “I requested appeal on behalf of my client, and due to the reform of the provisions in Article 450 of the criminal procedure law, according to which the appeals courts are canceled, it was delegated to the court. The charge of “cooperation with the hostile government of the United States of America” is not true for my client and the other charge “propaganda against the state” is based on this charge”.