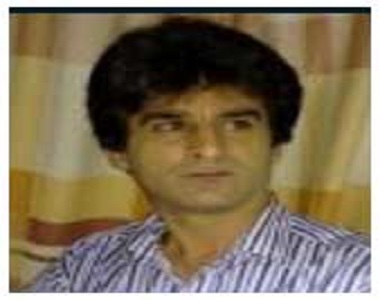 HRANA News Agency – Rahim -Shahram- Eliasi who suffers from high risk liver disease has to be transfer to hospital in terms of medical treatment but the authorities do not grant the medical expenses.

According to the report of the Human Rights Activists News Agency (HRANA), Rahim -Shahram- Eliasi the Kurdish political prisoner in Rajaie Shahr prison who has been sentenced to 11 years of imprisonment, recently suffers from the high risk liver disease.

One of the political prisoners of Rajaie Shahr prison of Karaj told HRANA reporter “The doctors of the prison did prescript tests and liver biopsy in a better hospital out of prison for this Kurdish political prisoner but the warden -Mardani- prevented his transferring to the hospital by giving this excuse that the medical treatment expenses is under one million Tomans then the prison could not cover it.”

“Shahram is in a dangerous condition and if he will not be under the proper medical supervision then he will be in danger of liver cancer.”

Rahim Eliasi who was arrested in 2007 in Bokan by security forces, sentenced to 11 years of imprisonment by Bokan revolutionary court on charge of supporting Komala party, acting against national security and keeping weapons and ammunition at home. As well his verdict was confirmed by the appealed without any change.