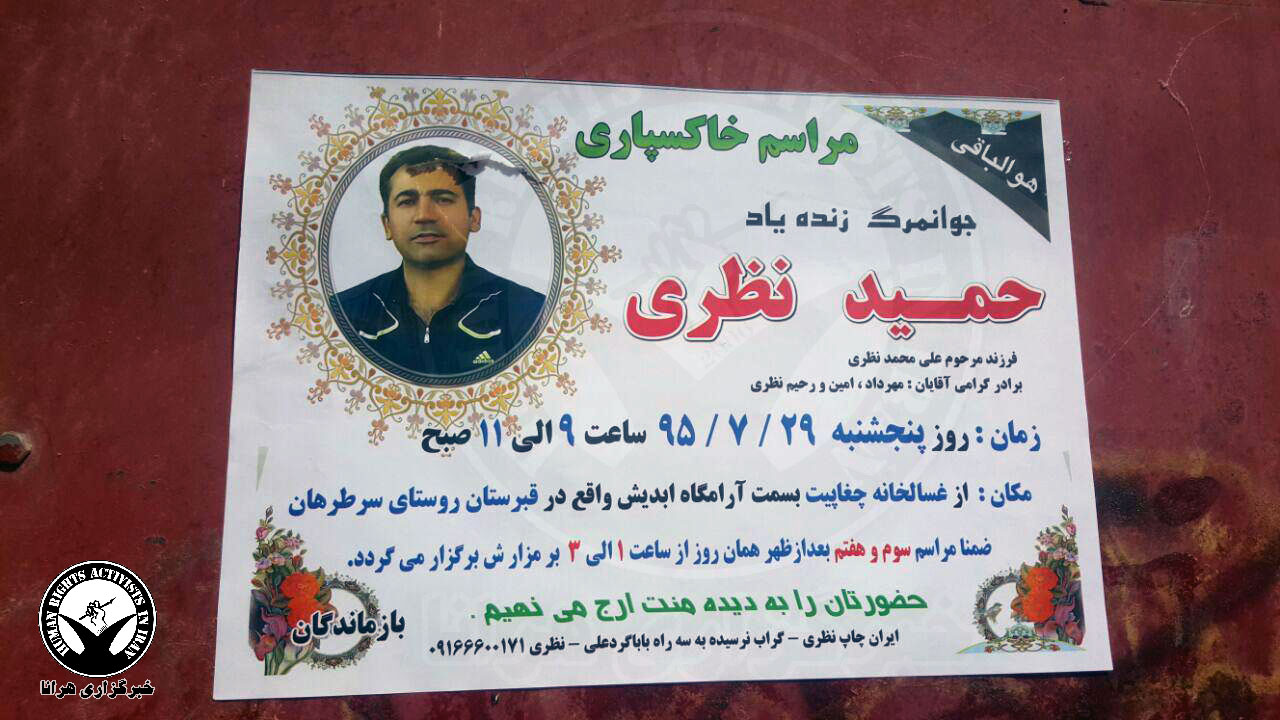 HRANA News Agency – The identity of another executed prisoner was confirmed by HRANA, and the number of confirmed executions reached to 11. This is while the judiciary and parliament members have continuously talked about their plans for reduction of execution for prisoners with drug related charges.

According to the report of Human Rights Activists News Agency (HRANA), a group of 11 to 17 prisoners had been transferred to solitary confinements on Monday, October 17.

According to the received reports, at least 11 of these prisoners, who were mostly from section 2 of Ghezelhesar and Tehran’s Great prison (Fashafooyeh prison) have been executed.

The identities of 11 prisoners which have been confirmed by HRANA are as following:

Among these prisoners, Abbas Karami was the only prisoner who did not have the chance to visit his family for the last time.

The majority of executed prisoners did not have a transparent court process and the judiciary did not clarify their cases. According to field research done by HRANA, at least one of these prisoners had been deprived of a fair trial. Hamid Nazari was executed today.

Hamid Nazari, from Sartahan, rural of Koohdasht, was a prisoner who was executed in Ghezelhesar prison, on charge of possession of drugs. He had been his village’s top student. When he was 13 his father passed away and as the eldest son he left the school to work for living and to provide for his 5 members of family.

According to some of his neighbors and friends, he tried to help the community and had a physically handicapped child. After 9 years of being a simple worker, in order to pay the expenses of his child’s treatment, he accepted to keep some amount of drugs in return to 100 million IRRs.

A close source to his family told HRANA’s reporter, “Hamid never accepted the charges in the court, and from the first to last session of the court said that he had kept the drugs for someone else in return of 100 million IRRs. He did not have a lawyer. Only one lawyer reviewed the case and requested a lot of money that his family could not afford”.

Informed sources told HRANA that the last request of Mr. Nazari was some water which was not given to him.