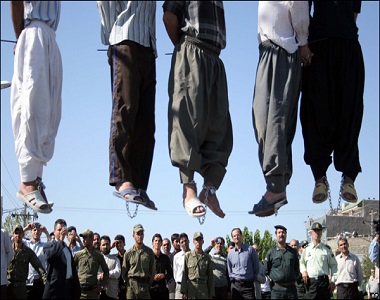 HRANA News Agency – At least 6 prisoners including a woman have been hanged on charge of drug trafficking in Urmia prison on Tuesday September 10.

According to the report of Human Rights Activists News Agency (HRANA), at least 5 men and 1 woman have been executed on charge of drug trafficking in Urmia prison on Tuesday morning.

These prisoners are identified as: Behrouz Shir Pour, Manouchehr Davoudi, Bahman Qeytarani, Ghasem Akbari and Zakaria Nasrollahi. HRANA has not been able to find the name of the woman who was executed yet.

The official Iranian media has published no report about these executions.