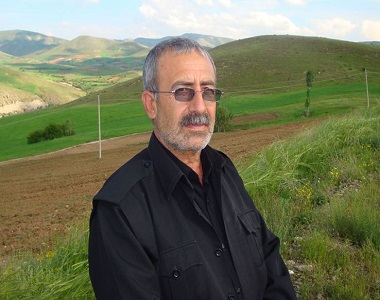 According to the report of Human Rights Activists News Agency in Iran (HRANA), after this labor activist’s case was transferred from Branch fifth to the Branch fourth of Sanandaj Court, his detention order has been extended until 21st June.

This issue has been announced to his family, when they went to Sanandaj Court.

According to the reports, Mahmood Salehi had faced first with a 15 days detention order by the Branch fifth of the Revolutionary Court in Sanandaj, and in a phone call with his family, he had told his family that the main focus of his interrogations are on his trade activities and in particular on the activities of the Coordinating Committee to Help Form Labor Organizations.

Mahmoud Salehi, labor activist and member of the Coordinating Committee, was arrested by security forces at his house on Tuesday, 28th April.