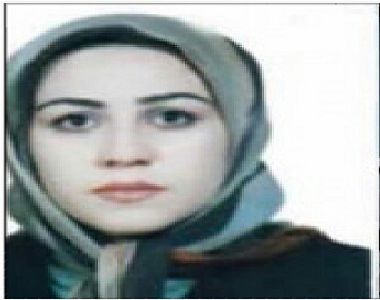 HRANA News Agency – The case of Maryam Akbari Monfared, political prisoner of women’s ward of Evin prison, is being processed in the Supreme Court.

According to the report of Human Rights Activists News Agency (HRANA), the case of Maryam Akbari Monfared is being processed in branch number 38 of the Supreme Court.

A close source to Ms. Akbari’s family told HRANA’s reporter, “Ms. Akbari has talked with a lawyer today and he is going to go branch number 38 of the Supreme Court, in order to follow up her case”.

This source also said, “Her family are hoping that after the retrial, the charges will drop and she will be released”.

Ned to be mentioned, Ms. Akbari Monfared is suffering from different diseases and she was sent to the hospital in January.

HRANA had reported that Ms. Akbari Monfared was transferred to Dr. Nakhjavani’s clinic for her thyroid problem in Motahari municipality region, and to an optometry clinic in Tehran-no region, for her eyesight problem.

Maryam Akbari Monfared was arrested after the demonstrations of Ashoura in 2010 and was tried on June 1, 2010, in branch number 15 of the revolutionary court by judge Salavati. She was charged with sacrilege by being a member of Mojahedin-e-Khalgh group. She has rejected this allegation many times.

Akbari Monfared, who was serving in Rajaei Shahr prison, was transferred to Gharchank Prison in Varamin, along with 8 other female prisoners, in May 2011. After complaining about the prison conditions and sending multiple letters to Imams, official authorities and Ahmed Shaheed, the UN special rapporteur on human rights in Iran, she was transferred to the women’s ward of Evin prison and is being kept there since then.

Two brothers of Maryam Akbari Monfared were executed by the revolutionary court on charge of being the members of Mojahedin-e-Khalgh, in 1982 and 1984. Her younger brother and her sister were also executed in the mass-executions of political prisoner in the summer of 1988. Akbari Monfared previously stated in her letter to Ahmed Shaheed a quotation from judge Salavati, who had told her “you are serving on behalf of your brothers and sister”.