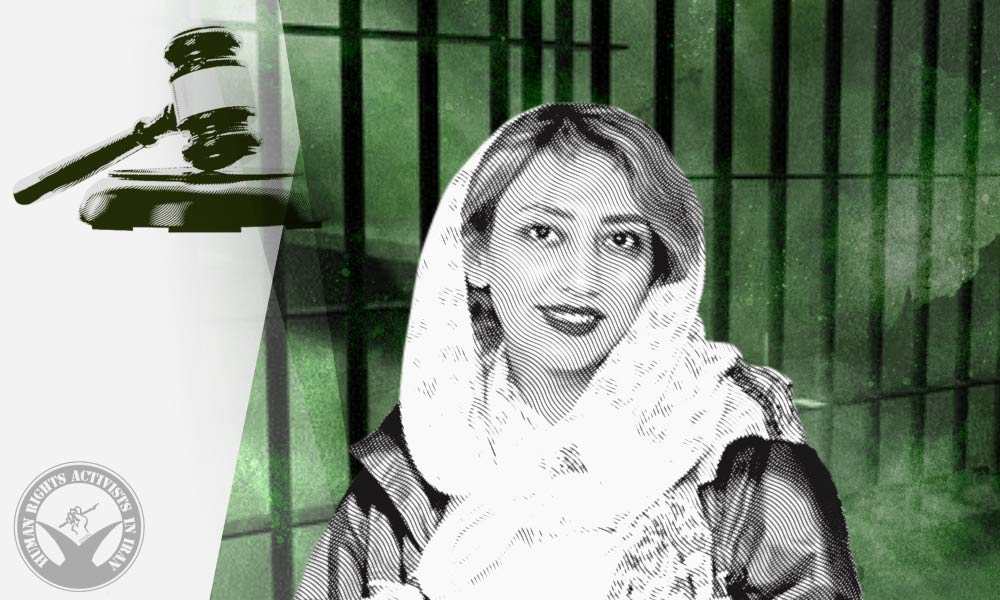 The Revolutionary Court of Tehran has sentenced Maryam Karim-Beigi to five years in prison, 74 lashes and a fine. If the verdict is confirmed on appeal, based on Article 134 of the Islamic Penal Code, three years and seven months for one charge will be enforceable. Karim Beigi’s brother, Mostafa Karim-Beigi,  is one of the individuals that the security forces killed during the 2009 protests.

According to HRANA, the news agency of Human Rights Activists, Maryam Karim-Beigi was sentenced to five years imprisonment, 74 lashes, and a fine payable to the court.

Karim-Beigi’s mother, Shahnaz Akmali broke the news on social media, saying that her daughter has been sentenced to three years and seven months in prison for meeting an Iranian singer. Karim-Beigi has also been sentenced to one year on the charge of propaganda against the regime and one year for having alcoholic beverages in her possession.

On April 10, 2022, Karim-Beigi was expelled from the university she was attending. On June 14, 2022, the security forces arrested Karim-Beigi at her house and transferred her to Ward 209 of Evin Prison. She was released on 700 million tomans bail on July 9.