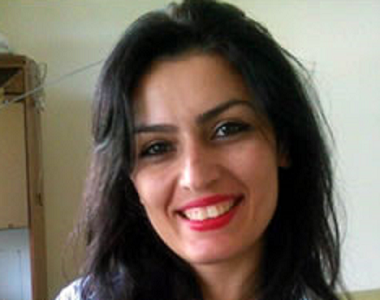 HRANA News Agency – Masoume Zia, one of the Erfane Halghe activists has been sentenced to 74 lashes and 1 year imprisonment.

According to the report of Human Rights Activists News Agency in Iran (HRANA), Masoume Zia who was arrested in a protest gathering of Erfane Halghe followers in front of Islamic Revolutionary Court, was sentenced to 74 lashes and 1 year imprisonment in a hearing on 7 February 2015 at Islamic Revolutionary court on the charges of disturbing public order and public safety by attending an illegal gathering.

Masoume Zia and 15 other Erfane Halghe instructors attended different hearings during February and in total received 37 years of imprisonment.

It is important to note that “Masoumeh Zia” was sentenced to 1 year suspended imprisonment back in 2006. This sentence was given to her based on the charge of attending the peaceful Women’s gathering which intended to change discriminatory laws against women on 12 June, 2006.