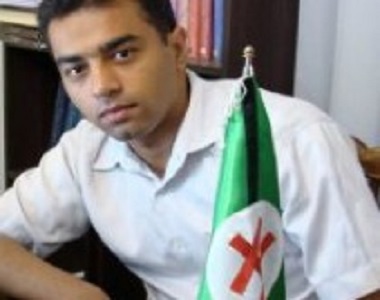 HRANA News Agency – Mehdi Maleki, the members of the youth organization of the Pan-Iranian party was released on bail from Evin prison.
According to the report of Human Rights Activists News Agency (HRANA), this political prisoner was released from Evin prison on bail of 100 million Toman after 54 days being in detention.
Mehdi Maleki was arrested by security agents after searching his house on September 18th. The agents took some of his properties while searching the house.