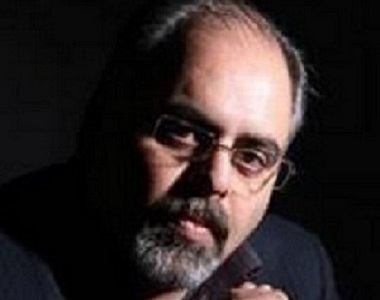 HRANA News Agency – Mohammad Hassan Youefpour Yousefi, former political prisoner of ward 350 of Evin prison, who had got many different diseases due to lack of proper medical care, despite being released from prison is still under medical treatments. In the last case, doctors confirmed the sight loss of his left eye, and advanced tuberculosis.

According to the report of Human Rights Activists News Agency in Iran (HRANA), Mohammad Hassan Youefpour Yousefi, former announcer and producer of Iran radio, was arrested by the Revolutionary Guard’s security agency in 2011, and was sentenced to 66 months in prison by Branch 15 of the Revolutionary Court presided over by Judge Salvati, on charges of gathering and collusion through undertaking the responsibility of recruiting and introduction department of Human Rights Activists in Iran, blasphemy and propaganda against the regime.

He spent three years of his sentence in ward 350 of Evin prison. During his this time he got arrhythmia and high blood pressure, disorders of the retina in both eyes and was diagnosed with lumbar disc problems.

He was released in July 2015, after an amnesty to a large number of prisoners of conscience. After medical treatments he was diagnosed with left eye vision impairment, also advanced tuberculosis and needed to stay in Masih Daneshvari hospital for one year.

This former prisoner of conscience believes that authorities’ neglect is the cause of complications and diseases from which he suffers after being released.