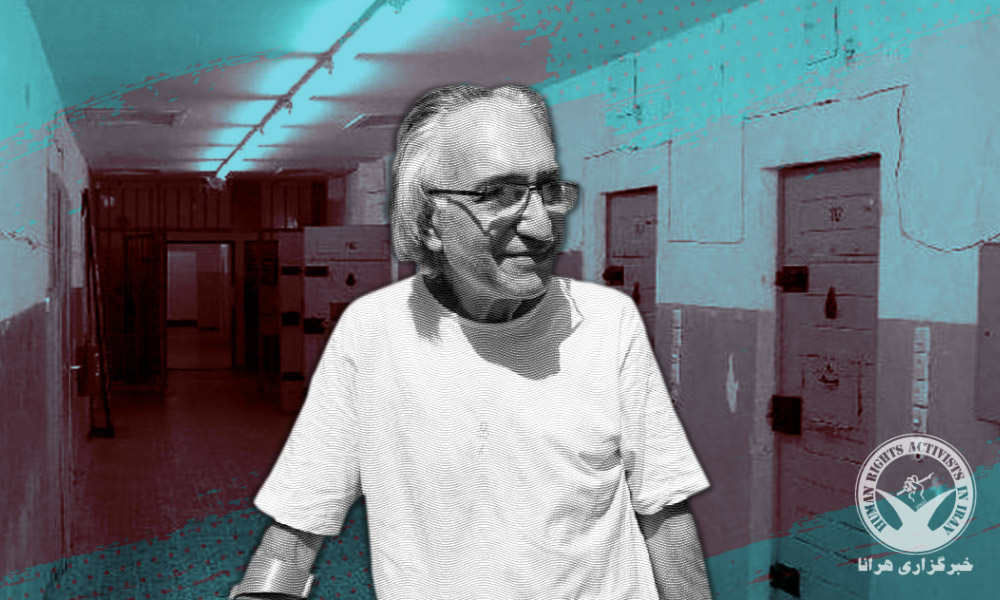 On Wednesday, November 17, civil activist Mohammad Nourizad was released from Evin Prison after being granted an early release order. The day before his release, his son Ali Nourizad returned to The Greater Tehran Prison at the end of his furlough.

According to HRANA, the news agency of Human Rights Activists, political prisoner Mohammad Nourizad was released from Evin Prison after obtaining an early release order. The day before, Nourizad’s lawyer, Mohammad Hossein Aghasi, tweeted that the Supervisory Judiciary of Evin Prison had informed him in a phone call that the prosecutor agreed to end the prison sentence.

It is worth mentioning that Nourizad suffers from myriad health conditions, including asthma, heart problems and unstable blood pressure. Earlier, in protest against not receiving medical treatment, during a family visitation, he wounded his face and stated, “Each day I make this wound deeper to make my death happen sooner if they want me dead.”

In an open statement from that time, UN human rights experts expressed their serious concern over his conditions in prison. “We are seriously concerned at the mistreatment of Mohammad Nourizad and his continued imprisonment for expressing his opinion,” the statement read. “Furthermore, his continued detention despite medical professionals finding he cannot stay in prison given his serious health condition, and the resulting denial of adequate medical care, may amount to torture and other forms of cruel, inhuman and degrading treatment.”

Mohammad Nourizad is a 63-year-old filmmaker, writer, director and journalist from Iran. He was considered an outspoken and religious journalist who in recent years became one of the active critics of the Islamic Republic. He has been arrested and imprisoned many times.

Mohammad’s son Ali Nourizad was arrested by security forces in Tehran in January 2020 for protesting a rally against the downing of a Ukrainian plane by the IRGC, and for expressing sympathy with the victims’ families.  He was released on bail a month later. The Tehran Revolutionary Court eventually sentenced him to 3 and a half years in prison. This sentence was upheld by the Tehran Court of Appeals. He has been serving out his sentence in Greater Tehran since October of last year.