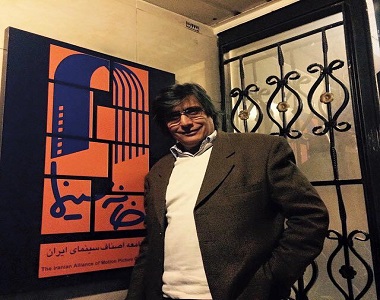 HRANA News Agency – Trial of Mostafa Azizi, a prominent writer and producer, who has been hold in Evin prison for more than two months, will be held in June.
According to the report of Human Rights Activists News Agency in Iran (HRANA), on June 1, 2015, Mostafa Azizi will be trialed with charges of propaganda against the regime, gathering and collusion and insulting leader and the founder of the Islamic Republic, in Branch 15 of the Revolutionary Court, which will be presided by Judge Salvati.
An informed source told HRANA’s reporter, “Officials have pointed out that it is not possible to release Mr. Azizi on the bail before his trial.”
Mostafa Azizi, prominent TV writer and producer, was arrested on 1st February 2014 and was transferred to ward 2A of Evin Prison. Mid- March, after 33 days detention in ward 2A, under the management of the Iranian Revolutionary Guards, he was transferred to hall 7 of ward 8, in Evin prison.
It is noteworthy that Mr. Azizi is a Canadian citizen who had traveled to Iran to visit his family and he arrested after a month by security forces.
Mostafa Azizi, former Iran television writer and producer who had produced “Talash”, TV game show, and “Mosafer va Rahe bipayan” soap opera, one of the popular TV serials, in 1990s and 2000s.
Azizi is a member of ASIFA International and for four years he was CEO of ASIFA (International Association of Manufacturers and the Fans of Animated films) in Iran.