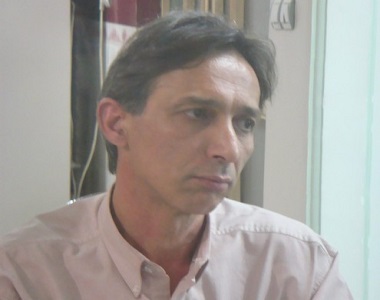 HRANA News Agency – Mohammad Ali (Naser) Hashemi, the nationalist-religious activist and political prisoner of ward number 7 of Evin prison is deprived of proper medical treatment.
According to Human Rights Activists News Agency (HRANA), Mohammad Ali (Naser) Hashemi, the nationalist-religious party’s activist, who has currently been kept in ward number 7 where is dedicated to financial criminals, has been diagnosed with different diseases due to poor nutrition, lack of sleeping and sanitary facilities.
A close source to him told HRANA’s reporter, “The reason for these diseases is lack of facilities for prisoners of ward number 7.”
He also stated that, “Currently the state’s ratio for lunch is rice and a spoon of soy or equal quantity potato and beans, and for dinner cold split peas and lentil.”
He continued, “Due to being overcrowded, the prisoners of ward number 7 do not have proper place for sleeping and have too sleep in corridor or on the floor. Also, they do not have any place for sitting between 6 am to 10 pm.”
This source named poor nutrition and lack of rest as the causes of disease among prisoners of ward 7 and said, “The clinic of the ward does not provide any medicine for prisoners.”
“Mr. Hashemi has been diagnosed with Anemia and his blood hemoglobin was reduced to critical level. This disease appeared as dizziness, sever lack of energy, losing the balance, multiple falling and momentary loss of eye sight. His disease was advancing so that in his third transfer to hospital, two blood bags were injected to him”. He said
This source continued, “Despite all of these incidents and recommendation of physicians, due to utilization of chain and handcuff, Mr. Hashemi has refused the treatment. He is waiting for proper medical treatment.”