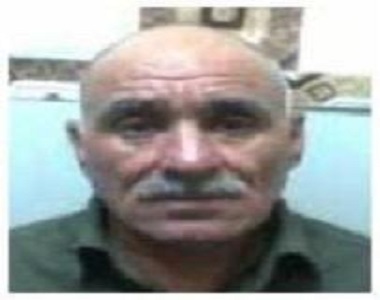 HRANA News Agency – There is no news about Nameq Mahmoudi since 15 days ago that he has been transferred to unknown location.

According to the report of Human Rights Activists News Agency in Iran (HRANA), Nameq Mahmoudi, 62, the Kurdish political prisoner has been transferred from hall No.12 of Rajaie Shahr prison to unknown location on October 12, 2013 and till publishing this report there is no news from his condition.

One of his relatives told HRANA reporter “We do not know where is Nameq Mahmoudi currently and as he is an aged man we are very concern about his health condition.”

“Now it is almost more than 18 months that he has been kept in prison in uncertain situation and recently had an eye surgery, so if he will be kept in solitary confinement cell it will harm his health severely.”

It is worth mentioning Nameq Mahmoudi was transferred to Sanandaj Intelligence on August 14 and kept there for more than one month, then was returned back to Rajaie Shahr prison.

Nameq Mahmoudi the 62 years old political prisoner was arrested on April 5, 2012 with his three sons by intelligence plainclothes. They were interrogated in Sanandaj Intelligence and later on in ward 209 0f Evin prison, then he was transferred to hall No.12 of Rajaie Shahr prison in Karaj.