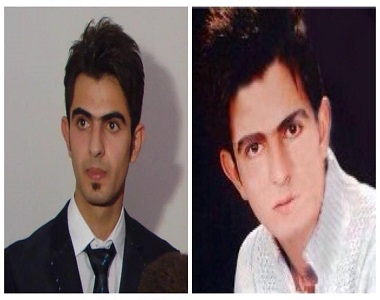 HRANA News Agency – Akam Talaj, one of the wounded people in Mahabad May protests, passed away after 50 day of hospitalization, on Monday 29th June.
According to the report of Human Rights Activists News Agency in Iran (HRANA), a person close to Mr. Talaj who introduced himself as a classmate, confirming this news and told HRANA’s reporter: “This afternoon, Akam died due to the severity and impact of large volumes of riot police pellets which hit his abdomen and head, leading to his brain and spinal damage.”
According to this source, who requested anonymity for security reasons: “A while ago, doctors had told his father that there was a little hope to save his son, but he had been advised by “Organizations” in order to avoid “Oppositions abuse”, it was better not to give any information in this regard.”
This student who claimed that he had been present at the recent gathering in Mahabad, about the weapons and the bullet which killed Akam Talaj, said: “There is a special anti-riot gun which shoots   about one hundred or two and even more small pellets and usually is not fatal and does not go below the surface of the skin.”
The pellets are coated in a special chemical that lowers blood pressure and then the injured person suddenly falls, and the police can arrest them, but when the bullets fired from a close range, then all the pellets will hit one person and can enter into the body and hurt a lot, and about Akam, he was shot from a close distance and pellets entered into his abdomen, neck and forehead.” He added
It is worth mentioning that earlier, and only a few days after the protests in Mahabad once some of the media announce that Akam Talaj had died that was denied by his father in an interview with local media, and at the same time, Political and Security Assistant of West Azerbaijan province told, in an interview with “Tasnim”, that casualties of Mahabad incident is located in Imam Khomeini hospital in a good condition.
According to HRANA, on 7th May, after the death of a young girl called Farinaz Khosravani, in Tara Hotel, in Mahabad, this city was the scene of demonstrations that turned to violence and led to the arrest of several people and a number of demonstrators were injured.