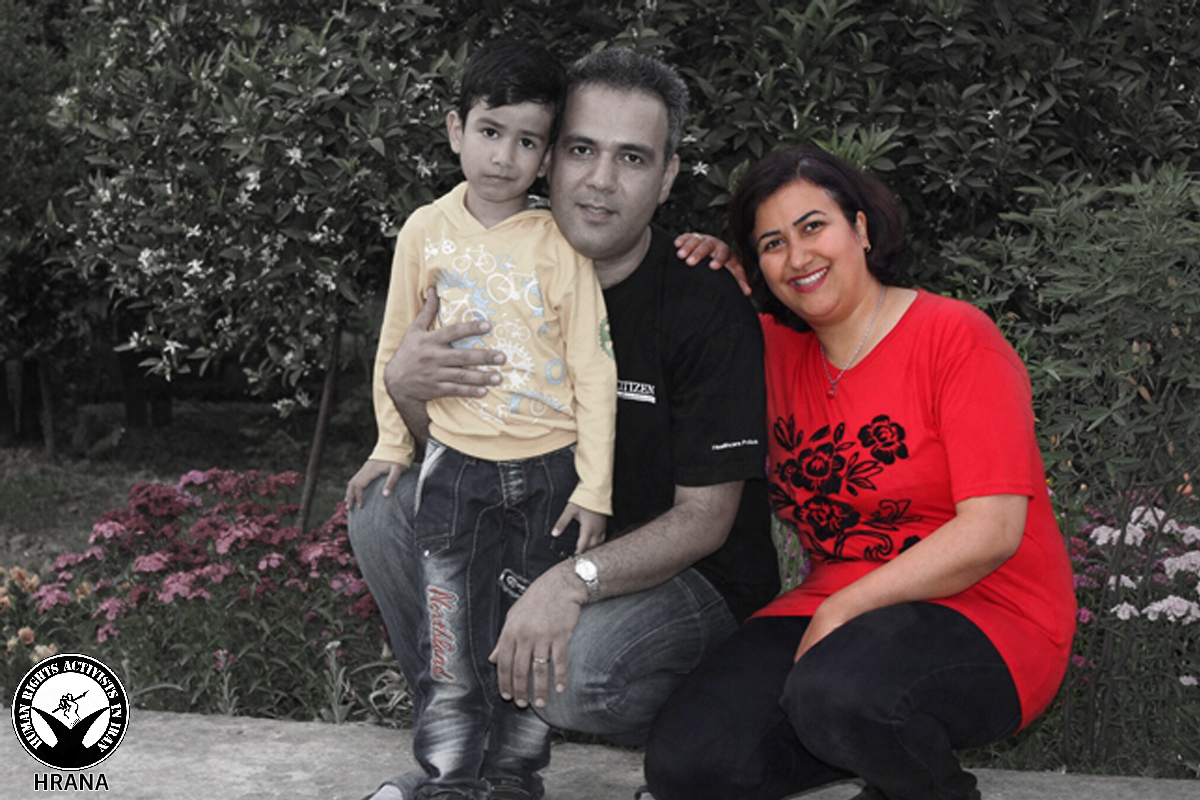 HRANA has reported on several cases over the past few weeks of students whose hopes of attending college have been eliminated by nothing more than the insidious alert of “deficiency on file.” Since 2006, this message has been a common method for disqualifying Baha’i students from university enrollment.

In direct violation of the law, Baha’is are prevented from pursuing degrees or employment in government offices, per under-the-table directives from the Supreme Council of the Cultural Revolution. Every year, a new cohort of Baha’is is either barred from higher education altogether or thwarted before culminating their degrees.

Since the 1979 revolution, the office of the United Nations Special Rapporteur on Iran has repeatedly protested the Iranian government’s animosity towards its Baha’i population, particularly in preventing these citizens from furthering their studies. According to the UN, such directives demonstrate a blatant disregard of multiple international treaties.

Rafizadeh reacts to these prohibitions in the letter below, translated into English by HRANA:

It is the third year that I’ve languished in the corner of a jail cell as schools and universities reopen their doors. I’m kept far from the thrills of a new academic term, from seeing the bright-eyed university students excited to pursue their higher education, and from seeing upperclassmen resume their course.

Over the past few years, I have tried to preserve in my heart the warm glow of that atmosphere, and pray sincerely that all those who are striving, serving, and studying will succeed. Even still, these days, when news reaches me of those students who love learning yet get ‘deficiency on file’ for their 2018 results from Konkur [a nationally-competitive college entrance exam], the bitterness of discrimination and prejudice comes flooding back, and my hopes for doing away with these measures is diminished. To be sure, [this pattern] at least confirms the perseverance of hope and love for learning in young people who, despite a life of deprivation, still do their best to enter universities by participating in Konkur in hopes of gaining knowledge, the greatest virtue of the human world.

It is the existence of these hopeful and eager-to-learn youth that has, over the years, helped the Free Baha’i Institute of Higher Education (BIHE) to thrive in spite of the pressures and systematic attempts to dissolve it. This institute continues to steadfastly serve young Baha’is who are deprived of continuing their education.

When I heard the happy (albeit delayed) news of Holaku Rahmanian’s graduation from Santa Cruz University, my heart brimmed with happiness and resolve. I was certain that although I have been forbidden from serving the youth of my country, better and more qualified individuals will graduate from this institute every year, who are well-versed in the sciences of the day and whose hearts beat to serve the institute and their countrymen.

Hoping for the day when the cloak of discrimination is lifted from the country’s youth, so that they may serve each other and build our country’s future side by side.

Azita Rafizadeh is an Iranian Baha’i whose spouse Peyman Kushak Baghi is also imprisoned at Evin. Prisoners of conscience, both were sentenced to 4 and 5 years in prison, respectively, on charges of “membership in the illegal and misguided Baha’i group with the aim of acting against national security through illegal activities at the BIHE educational institute.”