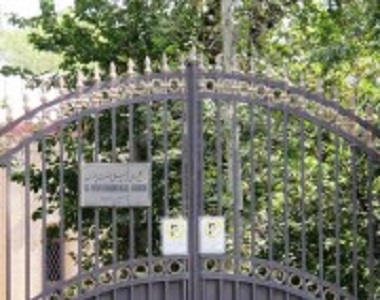 According to “Mohabat News” agency, Persian Christians and newly converted Persians are banned from attending Saint Peter Church in Tehran. This is in continuation of recent pressures on Christian community and closure of numerous churches in Iran. According to this report, on Sunday, December, 8 (only a few weeks before Christmas), “Pastor Sargis Benyamin”, the Pastor of Saint Peter urged the members of the church, who are generally Persian-speaking Christians, not to attend the church henceforth. This is despite the fact that some of these individuals have been members of the church and attended weekly ceremonies for 20 years.

One week after the announcement, the guardians of the front door prevented some of the Farsi-speaking members entering the church. The ban included some senior members, and they have been even asked to avoid entering the church even for pursuing their personal matters.

Moreover, it has been reported that Pastor Benjamin recently announced that all ceremonies including sermons will be conducted at a language other than Farsi in future. This report comes after a number of reports that Ministry of Intelligence of Iran has forced the churches to avoid holding ceremonies in Farsi. Prior to this and in an effort to intimidate the Christian community, the members of churches in Iran had been forced to submit their IDs to the Ministry of Intelligence. Aside from few Armenian and Assyrian families, the majority of Saint Peter Church members are Farsi-speaking Christians, and the church will practically be closed without them attending the church.

Analysts believe that “Yonatan Betkolia”, Assyrian Representative in the Iranian Parliament who has close ties to the ministry of Intelligence, plays a major role in these incidents. And, this may be a collaborative effort to convince Armenian and Assyrian members to limit Farsi-speaking Christians’ access to the churches.

Since 2011, the pressure and restrictions on the established churches in Iran has enormously increased.