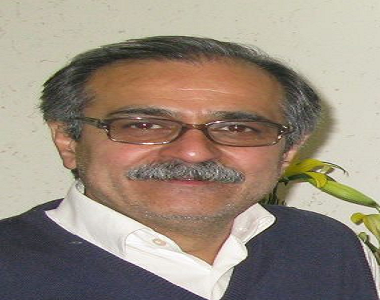 HRANA News Agency -Doctor Hani Yazarloo, the political prisoners in Evin Prison in Tehran was exiled to Vakil Abad prison in Mashhad.
According to the report of Human Rights Activists News Agency (HRANA), the officials of Evin prison made an excuse to deployed Doctor Hani Yazarloo to Evin court from ward 350 then they declared to the Master of his room to collect his personal stuff and deliver them, because he had been deported to Mashhad prison on 18th of January 2014.
Dr.Hani Yazerloo has been a political prisoner in the 70s, 80s and 90s and has been repeatedly arrested and held in prison.

He was last arrested in the funeral of Mohsen Dogmeh chi, Jafar Kazemi and Mohammad Haj Aghaee in 2011.

He was imprisoned in solitary confinement in Section 240 of the Ministry of Intelligence and eventually he was released on bail and was sentenced by 26 branch of the Tehran Revolutionary Court to one year in prison and exile for fifteen years to Iranshahr.

In the court of appeals the place of exile and imprisonment was change to Mashhad.
He was arrested on 21 of May 2013 by the Ministry of Intelligence and was transferred to ward 350 of Evin prison.