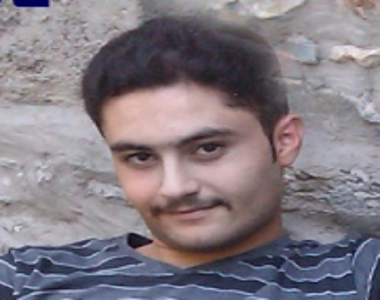 HRANA News Agency- Davar Hosseinivojdan, political prisoner in Evin prison, is on the verge of exclusion of education.
According to the report of Human Rights Activists News Agency (HRANA), Student activist Davar Hosseinivojdan, student of metallurgy at Esfahan University of Technology, who is serving his imprisonment sentence from 5th December 2011 in Evin prison ward 350, is indeed on the verge of expulsion.
During his imprisonment, in violation of prison regulations he had no access to its Collegiate and did not even get the chance to attend the final exams, too. So that, by losing his permit years to finish his course, he is on verge of expulsion.
Mr Hosseini who was admitted to the University in 2010 to study metallurgy at Esfahan University of Technology, exams was arrested right one month before his exams. He was not allowed to attend the semester final exams, while his request to cancel the semester was rejected.
In May 2012, due to an order by the University Disciplinary Committee, in his absence, he was convicted to 2 years expulsion of study in the University, considering that 2 years in his allowance years of study, with charges of acting against Islamic Republic and Insulting religious and national rituals.
Finally, at the end of the summer of 2013 Mr. Hosseini’s request for leave was approved, and rely on the Prosecutor’s word, stating that his return to prison is canceled, he attempted to register in the University, but, as the registration deadline was past, so he lost the opportunity to register in the new semester. Regardless of University Education Office promised to comply with the leave request without counting the years, another semester was added to his studying allowance years.
Just 2 days after Mr Hosseini’s registration for second semester of that year, Tehran’s Persecutor announced that he has to go back to prison to carry on his sentence.
This student activist, in December 2013 went to Evin prison while the public prosecutor of Tehran had announced all 180 days off school as absence of leave.
However, Mr. Hosseinivojdan’s effort to study during his imprisonment through the University of Payam Noor, despite his admission in Chemical Engineering (Tehran North), with respect to the previous ban was ineffective.
Davar Hosseinivojdan has been sentenced to 6 years imprisonment in September 2012 by branch 15 of Tehran Revolutionary Court, presided by Judge Salavati, with charges of “gathering, collusion and propaganda against Regime”. This court verdict was reduced to 4 years imprisonment in March 2013.