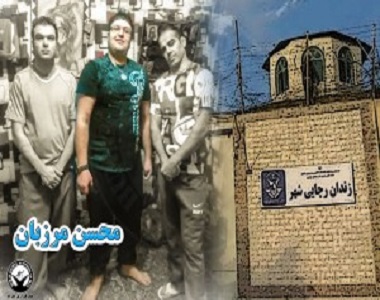 HRANA News Agency – Mohsen Marzban died last Friday in Rajaei Shar prison’s clinic. According to other prisoners, Mr. Marzban committed suicide because of being harassed by the internal manager. His suicide was accompanied with negligence of prison authorities which resulted in his death.
According to the report of Human Rights Activists News Agency in Iran (HRANA), Mohsen Marzban, prisoner of Rajai Shar prison died in prison’s clinic on July 8.
A close source to this prisoner told HRANA’s reporter, “Mohsen committed suicide by taking pills, due to the pressures caused by prison’s internal manager, Dariush Amirian. He was taken to clinic but because of negligence of authorities and not being transferred to a hospital, he died in the clinic.”
This source explained about the pressures and said, “Mr. Amirian has his own method of putting pressure on prisoners. He changes prisoners’ ward constantly and sends them to the wards that the prisoners have a so-called enemy. This has become a torture for prisoners. For the same reason, Mohsen Marzban was being beaten and also injured by knife or cutting tools several times. This issue has become a nightmare for him and made the prison condition unbearable for him.”
This close source to Mr. Marzban said at the end, “Mohsen was not the first victim of this type of torture and would not be the last. This is a routine method for Mr. Aminian for putting pressure on prisoners and he did not respond to any of the complaints of prisoners’ families”.