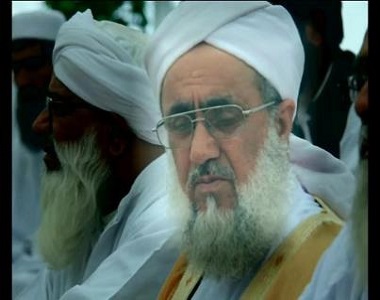 HRANA News Agency – Amin Naghshbandi, the son of Moulavi Fathi Mohammad Naghshbandi was ordered to go to the intelligence service office where he was threatened.

According to the report of Human Rights Activists News Agency (HRANA), early this week, Zahedan intelligence service have summoned and threated the son of Rasak Imam, Amin Naghshbandi.

A source close to Naghshbandi family said to HRANA’s reporter: “The intelligence service officers, have said to Amin Naghshbandi that his father was treated by regime’s compassion, otherwise he should have received death sentence.”

The intelligence and security forces threatened Amin Naghshabandi not to have any contact with the media.

Moulavi Fathi Mohammad Naghshabandi, the Rasak’s Imam, recently received a 15 years in prison and exile to Khalkhal sentence from the Zahedan court. He was arrested align with 10 other people on charge of murdering Moulavi Jangi Zehi, on April 10, 2012.

In this judicial case, Abdulghafar Naghshbandi sentenced to 12 years in prison and exile to an unknown location and Nezamoddin Mollazadeh, Malek Mohammad Abadian, Javan and Jaber Abadian were sentenced to death.

Earlier, local media had publicized pictures from a consent letter from victim’s family in which they have stated they do not have any complaint against these people and they believe they are not involved in Moulavi Jangi Zehi’s murder.