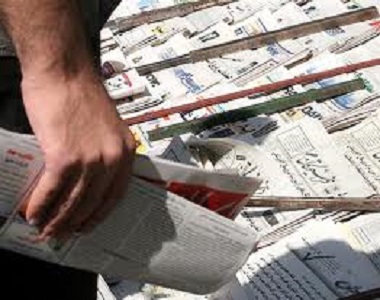 HRANA News Agency – Press Supervisory Board rejected all requests of Baluch – Persian bilingual publication.
According to the report of Human Rights Activists News Agency in Iran (HRANA), “Avaye Makran”, “Amit” and “Verna” papers, after waiting a few months to turn over all administrative procedures and licensing, during the last session faced rejection by the Press Supervisory Board and have not been successful to receive the permission for publication.
Mr. Parviz Bahadorzehi Rigi, one of the county’s cultural activist and previous high school teacher and University lecturer and former president of Zahedan Council, had requested permission for Persian – Baluch bilingual publication (Avaye Makran) that was rejected by the Press Supervisory Board.
Mr. Ahmad Barahooeinejad, cultural and civil activist with many years of experience in cultural activities, also, had requested permission for a bilingual paper with a cultural approach, called “Amit” and another publication, called; “Verna” , too. All of them were rejected by the Press Supervisory Board on 10 February.
It is to say, the common ground between these publications were that requestors were Baluch and they requested to be bilingual in Baluchi and Persian language.