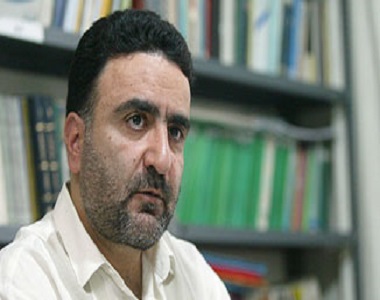 Human Rights Activists News Agency (HRANA) – Mostafa Tajzadeh, a leading reformist politician who was previously imprisoned on political grounds for seven years, has been summoned by Branch 4 of the interrogation office of the city of Qazvin, 90 miles northwest of Tehran.

Tajzadeh is a leading member of a group known as the Mojahedin of the Islamic Revolution Organization (MIRO), as well as a central council member of the Islamic Iran Participation Front (IIPF). Both organizations have been banned by the Iranian authorities.

On September 18th, Tajzadeh published a note on social media attributing the summons to a speech he had made in the house of Ayatollah Ghavami.

“The note says that I have five days to present myself, otherwise I am to be arrested,” his note said.

Tajzadeh complained about being summoned in the same year that Iran’s Supreme Leader issued new year’s vow not to arrest citizens exercising their freedom of speech.

“It will soon be known who this summons order came from,” Tajzadeh wrote.

After Tajzadeh’s September 15th speech, he reported that the Intelligence Department of the Islamic Revolutionary Guard Corps summoned a number of those in attendance.

Tajzadeh, who was a deputy interior minister during the self-proclaimed reformist government of President Mohammad Khatami, was previously arrested amid widespread protests known as the Green Movement that broke out across Iran after the 2009 presidential election. Convicted of both “gathering and collusion aimed at disrupting national security” and “propaganda against the regime,” he was sentenced to six years in prison by Judge Salavati in Branch 15 of Tehran’s Revolutionary Court. An appeals court later confirmed the sentence.

While in prison, he wrote critical letters addressed to Iran’s Supreme Leader, which put him on the radar of the IRGC. This culminated in an additional charge of “propaganda against the regime,” for which he was convicted and subsequently sentenced to a year in prison by Branch 28 of the Revolutionary Court, presided by Judge Moghiseh. He served a total of seven years in prison before his June 4, 2016 release.