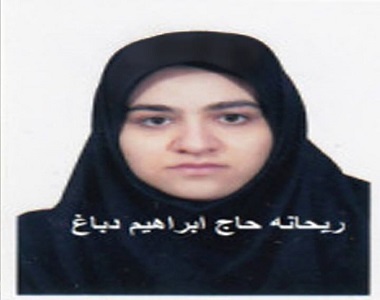 According to the report of Human Rights Activists News Agency (HRANA), Reyhaneh Haj Ibrahim Dabbagh, political prisoner of women’s ward in Evin prison is suffering from leg pain and colitis, and after 6 years in prison is still being deprived of furlough.

Ms. Dabbagh was sent to Modares hospital in Tehran, in Saadat Abad municipal territory and had few tests.

Need to be mentioned that last year the prosecutor issued the release on 900 million Tomans bail order, but because of not being able to provide this amount she could not go on furlough.

Rayhaneh Haj Ibrahim Dabbagh was arrested in 2009 during Ashura on charge of supporting MEK and was sentenced to death in branch number 15 by judge Salavati. This sentence was reduced to 15 years in court of appeal.