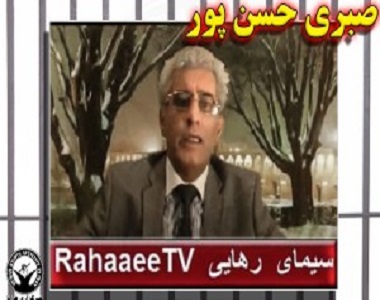 HRANA News Agency – Sabri Hassanpour, political prisoner in Evin prison, despite being transferred to the hospital for heart surgery, was denied of surgery because, “the hospital cost was not paid by the prison”, and he was returned to the prison. The prisoner’s heart condition is serious.
According to the report of Human Rights Activists News Agency in Iran (HRANA), Sabri Hassanpour, a spokesman for a political organization and former host of TV satellite channel, Rahaei, had been transferred to Tehran Taleghani hospital for a heart surgery, because the prison had not paid the hospital coasts he was returned to prison. He has a very serious heart and physical condition.
It is noteworthy that previously, Mr. Hassanpour, following a heart attack, was transferred to the prison infirmary, on November 15, 2016.
HRANA had recently reported that Sabri Hassanpour’s trial was held in Branch 15 of Tehran’s Revolutionary Court, “along with insults and threats”, without any result, on November13, 2016.
A source close to this political prisoner, regarding the manner in which the court was held, told this news agency: “Mr. Hassanpour, who suffers from asthma and heart disease, due to constant insults and mistreatment by Mr. Salvati, had got physically unwell, and left the court, and the court finished without any result”.
It should be noted that in April last year, domestic media reported the arrest of Sabri Hassanpour, while some of the relatives of Mr. Hassanpour claimed “his abduction and transfer to Iran from Turkey during a meeting with his family”, the domestic media said that, this political activist had come to Iran to visit his family, and during his stay he had visited cities of Tehran, Shiraz, Isfahan and Karaj.