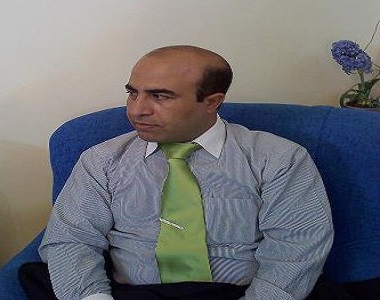 HRANA News Agency – Said Naimi, the civil right activist that has been transferred to Tabriz prison due to announcement of his sentence, is in bad condition.
According to the report of Human Rights Activists News Agency (HRANA), Said Naimi is transferred to ward 11. These wards are used for keeping violent criminals and even rural Tabriz’s criminals, are exiled to them and have very poor and dangerous condition.
Currently, this ward has 630 inhabitants that 134 ones are in one room with Said.
Situation of this political prisoner is very bad in terms of security and safety. Foods quality of the prison is bad, and prison’s store does not provide the needed goods of prisoners.
Due to overcrowding, taking a bath is very hard, even for going to washroom, prisoners have many problems, and odor of faeces and dirt is very annoying.
Altogether, these issues are too hard and problematic for him, which he said that he was more comfortable during his interrogations and solitary confinements.
This is while according to the existing laws and regulations, separating prisoners is a mandate act, but Said Naimi is transferred to the worse place in jail, which there is no other political prisoner.