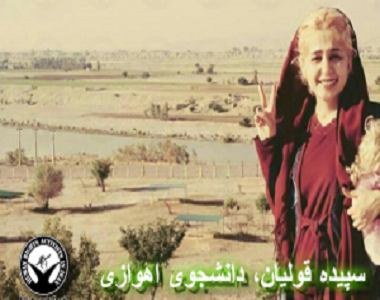 According to the report of Human Rights Activists News Agency (HRANA), Sepideh Gholian (Ghoolian), senior veterinary student of Ahvaz was released on a bail of 2 billion IRR, on March 1st.

A close source to her family told HRANA’s reporter, “Sepideh was arrested by the IRGC few days before but she was released after checking her cell phone”.

This informed source continued, “She has been interrogated for her online activities but we do not know about her allegations”.

HRANA had previously reported that security forces had arrested Sepideh Gholian (Ghoolian) born in 1996, senior veterinary student of Ahvaz university in her father’s house and transferred her to an unknown location.