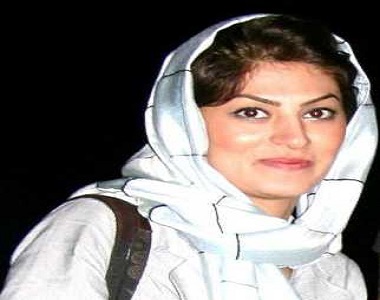 According to a report by the committee of human rights reporters, she had come for the vacation for the second time without asking for it on 1st May and was called to return to the prison and supposed to go there yesterday.

This member of the committee of human rights reporters had come for the first time for a vacation on 12th March after being in the prison for 184 days.

Shiva Nazar Ahari has been sentenced to 4 years of prison and 74 lashes on charge of enmity against the God, propaganda against the government and colluding and gathering against the national security.

Bahare Hedayat has returned to Evin prison by the end of her vacation, too. Masoud Bastani and Bahman Ahmadi Amooie are also supposed to return to Rajai Shahr prison today.

Ahmad Zeydzabadi and Mehdi Mahmoudian are also summoned to return to the prison.