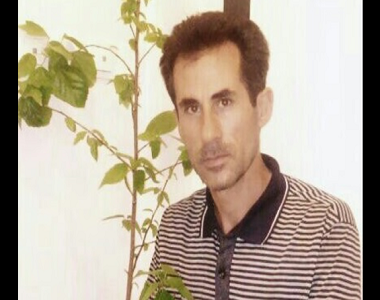 HRANA News Agency – Shokrollah Ghahremani Fard, civil rights activist was arrested by security forces and transferred to Ahar prison.
According to the report of Human Rights Activists News Agency (HRANA), Mr. Ghahremani Fard, was arrested by security forces, in his house in Kaleybar in East Azerbaijan, on Wednesday June 24.
A close source to him told HRANA’s reporter, “his wife is pregnant and it is estimated that she would give birth in two weeks. He went to the revolutionary court and requested for 15 days furlough, and after the approval of the judge, he applied for bail issuance; when he wanted to get the furlough order for Ahar prison, the judge told him that the intelligence service has ordered that furlough should be rejected, and we had to follow the order”.
Shokrollah Ghahremani Fard is sentenced to 6 months in prison on charge of propaganda against the regime by the revolutionary court of Tabriz, which was confirmed by the court of appeal.
This teacher of elementary school in Khodafarin village, has been sentenced to three months unpaid dismissal from work as well. He has multiple arrests in his record, on December 12, 2002, July 2, 2004 and March 2008.