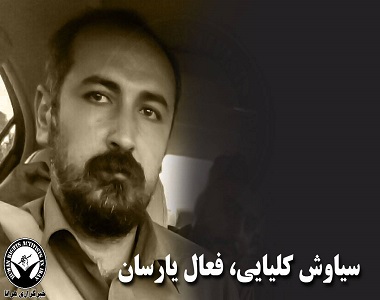 HRANA News Agency – On August 11, Siavash Koliaie, Yarsan activist was interrogated. In this meeting with the prosecutor the religious activist was acquitted of the accusation and was released afterwards.
According to a report by Human Rights Activists News Agency (HRANA), Siavash Koliaie, Yarsan activist was arrested for several hours and then released on the bail in Vineyard following the memorial ceremony of Mohammad Ghanbari (one of the Yarsan followers who set himself on fire three years ago).
A close source to this Yarsan follower told HRANA’s reporter: “On August 11, Mr. Koliaie showed up at the hearing and responded to the accusations. He was acquitted and released.”
It is worth noting, Mohammad Ghanbari, a member of Ahl-e Haqq (Yarsan) set himself on fire in front of the Islamic Parliament to protest against the government’s failure in addressing the grievances of this religious minority on July 27, 2013, died in Motahari hospital.