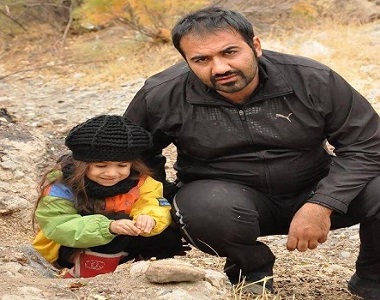 HRANA News Agency – One of the lawyers of Sohail Arabi expressed hope that the country’s judiciary has agreed to reconsider the trial and stop the order, immediately.
According to the report of Human Rights Activists News Agency (HRANA), Soheil Arabi, Facebook activist, who has been charged with “insulting the Prophet,” was sentenced to death, and whose conviction was approved by the Supreme Court, is in danger of execution.
One of his attorneys, Amir Salar Davoodi, in a talk with HRANA’s reporter expressed hope that the country’s judiciary has agreed to reconsider the trial and stop the order as soon as possible.
He clarified: “The judicial system has qualified judges who are honest, conversant and definitely by reconsidering the case, they will realize the Supreme Court Branch 41 plea is incorrect.”
Regarding the incorrect information and false accusations about his client, Amir Salar Davoodi, sail: “I originally wanted to do an interview with ISNA news agency, but unfortunately they apologized and announced that for some reasons they cannot publish the interview.”
This member of Human Rights Commission of the Lawyers’ Association continued: “Basically, the case of Soheil Arabi is not political at all, and we, Sohail Arabi’s lawyers, have absolutely no interest in mixing this issue with political matters. We certainly, encounter with a judicial issue and we are willing the process of reconsidering the case to be followed in a rational and calm atmosphere.”
Finally he said: “We, Soheil Arebi’s Lawyers, believe that the judiciary system has the sufficient capacity to resolve the issue fairly.”