Amnesty International – Six Sunni men from Iran’s Kurdish minority could be just hours away from being hanged after the Iranian authorities transferred them this morning to the quarantine section of Rajai’ Shahr Prison in Karaj, Amnesty International said as it renewed its call to spare the men’s lives.

Hamed Ahmadi, Jahangir Dehghani, Jamshid Dehghani, Kamal Molaee, Hadi Hosseini and Sediq Mohammadi are set to be hanged, possibly as soon as tomorrow, and have gone on hunger strike in protest. The men were sentenced to death by Branch 28 of the Revolutionary Court of Tehran after being convicted of the vaguely worded offence of “enmity against God” (moharebeh), even though they all deny involvement in armed or violent activities. END_OF_DOCUMENT_TOKEN_TO_BE_REPLACED 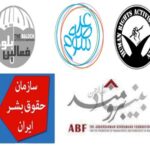 The full text of this statement is as follows: END_OF_DOCUMENT_TOKEN_TO_BE_REPLACED

EU Urges Iran to Halt the Execution of Saman Naseem 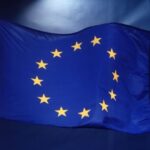 According to reports, the Iranian authorities are about to execute Mr Saman Naseenm, who was apparently a minor at the time of the crime for which he has been convicted. END_OF_DOCUMENT_TOKEN_TO_BE_REPLACED 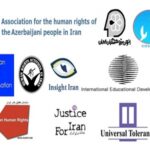 Mr. John Knox, UN Independent Expert on the issue of human rights obligations relating to the enjoyment of a safe, clean, healthy and sustainable environment,

Mr. Dainius Pūras, UN Special Rapporteur on the right of everyone to the enjoyment of the highest attainable standard of physical and mental health,

We, the undersigned human rights and civil society organizations, write to call your attention to an issue of urgent and serious concern in Iran. We wish to urge you to use your respective mandates to make an urgent appeal to the government of the Islamic Republic of Iran with regard to environmental crisis in western and southwestern Iran.

The environmental crisis in Ahwaz and other cities in Western and Southwestern Iran is indeed becoming a humanitarian disaster. Dust storms which have existed for years in this part of Iran, have been significantly intensified in the last few days and made local people to breath dust instead of air. For a good portion of year the amount of dust particles in the air reaches dangerous levels, sometimes up to 60 times the permissible level, and the air pollution up to 15 times the permissible level. On some days, the intensity of dust particles has been so high that it has rendered air pollution testing devices dysfunctional.

On occasions, the dust has reduced visibility to less than 50 meters, which has resulted in some fatal car accidents with high numbers of casualties. According to official reports, everyday, an average of more than 250 people attend emergency departments in Ahwaz hospitals for respiratory problems while some of them need to be admitted to special care units. So far, official authorities have declined to give any statistics on air pollution related deaths. They also refuse to give any clear, non-contradictory, and accurate explanation and information on the reasons behind the crisis, responsible bodies, and solutions to the problem.

It has been announced that the government has an “Executive Package” on the way to battle the dust storms, which sounds promising. However, the only tangible measure taken by the government so far in order to protect the lives of more than one million people of Ahwaz has been ordering schools and government departments closed. In the last two weeks alone, schools in Ahwaz have been closed down for seven days. Further, it was only days after the beginning of the crisis, and following public protests, that the government began distributing free surgical masks. This was however limited only to Ahwaz and in other towns and cities people still have to pay for the masks. The intensity of dust and air pollution is also observed in other cities in Western and Southwestern Iran such as Ilam, Piranshahr, Abadan, Dehloran, Dezful, Hendijan, Mahshahr, Ramshir, Khoramshahr, Bukan, Mianduab, Hoveyzeh, Hamidiyeh, and Dasht-e Azadegan and Urmia (Orumieh) where the majority of population belongs to ethnic minorities who are subjected to discrimination and violation.

Multiple reasons have been suggested for this environmental crisis, which has become more problematic since ten years ago and affected the lives and health of millions of Iranians. It has been claimed that drought as a regional problem, excessive use of water resources and the diverting of the Karun river, development plans without taking environmental concerns into account such as excessive construction of water dams in the region including in Iran, oil exploration projects, etc. have resulted in desertification and drying up of marshlands and lagoons, which used to prevent dust from getting into residential areas. Lack of cooperation between Iran and Iraq in preserving the marshlands is another factor contributing to the dust storms originated inside Iraq.

Over the past ten years, the government of the IRI has not carried out any effective plan to prevent dust particles getting into the air breathed by people. Now this has turned into an emergency crisis with no short-term solution, if any, in the horizon.

In a 2003 report[1], the UNEP had sounded alarm about the disappearance of two of the largest marshlands in the world and the largest ecosystem in southwestern Asia, Hur-ul-azim and Hur-ul-hoveyzeh, located on the Iran-Iraq border. According to this research, by that time 90 percent of this ancient and unique ecosystem had been destroyed. The report described the death of these marshlands as one of humanity’s worst engineered disasters and suggested that the only solution to prevent a major environmental crisis would be urgent measures to preserve these two international marshlands. However, this never materialized, neither by Iran nor Iraq, and dust particles raised from the dried-up marshlands became one of the main reasons of the current disaster that is unfolding in southwestern Iran, particularly the city of Ahwaz.

It is evident that short-sighted regional and national development plans and poor environmental policy-making have contributed to this disaster. The governments in the region, including the IRI, have failed to effectively and timely address the environmental problems and control harmful activities within their own terri­tories, which have caused the current disaster.

Human rights and environmental protection are interlinked and the rights to life, health, and development undoubtedly depend on a clean, healthy and sustainable environment. The government of the IRI owes positive obligations towards its citizens in this regard and we are extremely disturbed by the fact that, the IRI has failed to effectively protect its citizens against environmental harm and to mitigate the consequences.

We, therefore, respectfully request that you consider the situation described above and urge the government of the IRI to take the following steps:

In conclusion, we request that you watch the situation closely until all required measures by the Islamic Republic of Iran are taken and the problem is solved.

Association for the Human Rights of Azerbaijani People in Iran(AHRAZ)

Association of Human Rights in Kurdistan of Iran-Geneva

[1] UNEP, The Mesopotamian Marshlands: Demise of an Eco 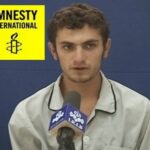 Saman Naseem called his family on 15 February and told them that earlier that day men in plain clothes had taken him to the security department of the Oroumieh Prison. He said the men, who he believed belonged to the Ministry of Intelligence and were carrying cameras and recording equipment, beat him for several hours to force him into making video-taped “confessions”, but he refused to do so. END_OF_DOCUMENT_TOKEN_TO_BE_REPLACED 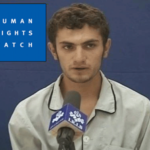 Iran’s Supreme Court affirmed the death sentence for the man, Saman Nasim, in December 2013. His lawyer and family fear that authorities may carry out the sentence in less than two weeks despite an absolute ban on the execution of child offenders in international law. Iranian media reports indicate that Iran has executed at least eight child offenders since 2010. Reports by Amnesty International and other rights groups, however, suggest as many as 31 child offenders may have been executed during that period, making it one of the countries with the world’s highest number of reported child offender executions. END_OF_DOCUMENT_TOKEN_TO_BE_REPLACED

The family of Saman Naseem, who is now aged 22, have received reliable information that he will be executed on 19 February. Amnesty International understands that the authorities have prevented Saman Naseem’s lawyer from pursuing the case and have not allowed him to appoint another lawyer. END_OF_DOCUMENT_TOKEN_TO_BE_REPLACED

HRANA News Agency – A group of political prisoners and political and civil activists signed a letter to the Iranian people to join the campaign for the unconditional implementation of the Universal Declaration of Human Rights (UDHR). The following is the full text of this statement:

Sixty-six years ago in the United Nations General Assembly, a declaration was adopted   that resulted from thousands of years of human effort and struggle to “recognize the inherent dignity and equal and inalienable rights of all members of the human family.” The General Assembly in 10th of December 1948 adopted the Article 30 of the Declaration as the “Universal Declaration of Human Rights and published it as “a common standard achievement for all people and nations.” In 1975 after the approval in the National Congress, this Declaration was adopted as a law in Iran. END_OF_DOCUMENT_TOKEN_TO_BE_REPLACED

HRANA News Agency – Tens of political prisoners in ward 350 of Evin prison who were transferred to Quarantine basement of ward 7 and are being kept in an inhumane difficult condition since last summer, wrote a letter asking for the help from the UN General Secretary, Human rights Council and some of the human rights organization to improve their condition.

HRANA News Agency – On Wednesday 3 December 2014, Behnam Ebrahimzadeh was transferred from Ward 12 of Karaj Rajaee Shahr Prison which is designated to Political and Conscious Prisoners to another ward which is home to prisoners with heavy sentences and criminals on his return from the court.

He had initiated a hunger strike on the same day and was in extreme health condition during the hunger strike.

In a letter, a group of Political Prisoners invited BehnamEbrahimZadeh to end his hunger strike which is in the following: END_OF_DOCUMENT_TOKEN_TO_BE_REPLACED